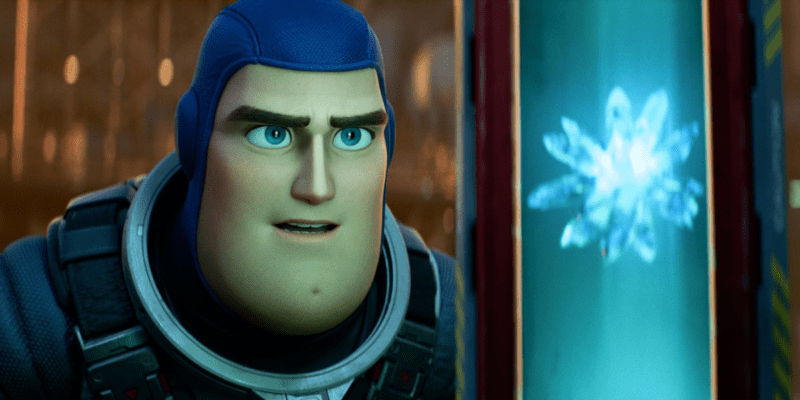 Actor Tim Allen is best known as the voice of Buzz Lightyear, but the Toy Story (1995) star wasn’t brought back by Pixar to voice the character’s solo movie. Now, Tim Allen has made a piece with the controversial film.

Tim Allen is Buzz Lightyear, the intergalactic space ranger of Star Command that made his official landing in Toy Story (1995), reprising his role for the next twenty years until Pixar ended the franchise with Toy Story 4 (2019).

When news broke that Avengers (2012) star Chris Evans would be taking the Buzz Lightyear mantle from Tim Allen in Pixar’s Lightyear (2022), fans were beside themselves.

Now, with Lightyear in theaters dropping in box office sales (currently grossing only $152 million worldwide), and receiving landmark backlash due to a same-sex scene kissing scene in the film sparking online cancelations, Tim Allen has finally addressed his silence on the Toy Story spinoff:

“It’s a wonderful story. It doesn’t seem to have any connection to the toy.”

“It's a wonderful story. It doesn't seem to have any connection to the toy.”

While Tim Allen has been in the Hollywood spotlight after receiving cancelation attempts and backlash for various political views, the actor isn’t done with Disney.

In a turn of events, the Mouse House announced a spinoff series centered around The Santa Clause (1994), with Allen returning to reprise his iconic role of Scott Calvin.

While Tim Allen isn’t Buzz Lightyear in the “live-action” version of the toy character, he doesn’t have anything against Pixar’s latest outing with his iconic spaceman.

Joining Chris Evans, who lends his voice to Buzz, are Keke Palmer, Dale Soules, and Taika Waititi, a group of ambitious recruits. Peter Sohn voices Buzz’s robot companion, Sox, and the cast also includes the voices of Uzo Aduba, James Brolin, Mary McDonald-Lewis, Efren Ramirez, and Isiah Whitlock Jr. “The cast for ‘Lightyear’ is truly a dream team,” said MacLane. “Each of the performers immediately inhabited their character, which allowed us to play a bit during recording sessions. This resulted in a level of specificity that elevated the material and brought additional depth to the characters’ relationships. It has been a privilege to work with such a talented and generous cast.”’

Lightyear is produced by Galyn Susman (Toy Story That Time Forgot) and directed by Angus MacLane.

Do you think Tim Allen should return as Buzz Lightyear? Comment below!