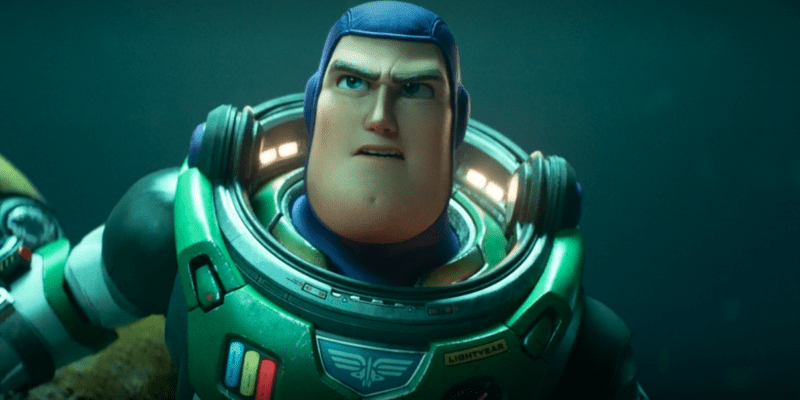 From Walt Disney Pictures and Pixar Animation Studios, Lightyear (2022), saw the return of the character Buzz Lightyear — although not as the version that has been seen before, but as the in-franchise fictional version of Buzz Lightyear inside another fictional world.

Despite the popularity and enduring love of the Toy Story franchise, director Angus MacLane’s movie failed to deliver at the box office and has since moved to streaming on the Mouse House’s growing streaming platform, Disney+. Marred with controversy surrounding the inclusion of a same-sex couple in the narrative, the animated film has polarized audiences with some countries banning the Pixar film altogether in a bid to curb the distribution of LGBTQ+ content — one territory has now rated Lightyear an 18+.

On a budget of $200 million, the Pixar movie failed to deliver at the box office, with only $246 million netted globally. The poor performance for the popular animation studio has seemingly been connected to reviews criticizing the movie’s story and plot, the market competition — both blockbusters Top Gun: Maverick (2022) and Jurassic World Dominion (2022) — were performing well at the box office at the time, and also its restriction from being released in some international markets due to the inclusion of LGBTQ+ characters.

In fact, a same-sex scene within Lightyear has gained a level of notoriety not usually paired with an animated film of Disney or Pixar standard. It is territories like Egypt, Kuwait, Saudi Arabia, and the United Arab Emirates in the Arab world that have banned the release of Lightyear, as has Malaysia. China also requested the scene be removed, and in places like Singapore, the film comes with a 16+ age restriction.

But, one country has topped Singapore’s rating, with Malaysia firmly placing the movie in the adult content bracket with an 18+ rating on streaming service Disney+ Hotstar. Variety reports:

[Deputy Communications and Multimedia Minister Zahidi Zainul Abidin] revealed that beyond movie theaters and broadcast TV, his powers are limited and do not cover streaming services such as TikTok or Netflix which are based outside the country. That appears to leave Disney free to air the movies on the Malaysian version of Disney+ Hotstar, and it has been reported that “Lightyear” is already on the platform with an 18+ recommendation.

And it is not just Lightyear that has been shut out of multiple territories due to its LGBTQ+ content. Taika Waititi’s second outing at the helm of the Thor franchise with Thor: Love and Thunder, has been criticized for its inclusion of LGBTQ+ characters and nods to same-sex relationships, namely with Tessa Thompson’s King Valkyrie, and Waititi’s Kronan Korg.

There is a silver lining in all of this, and that is the power of streaming and its ability to get diverse stories in front of all types of audiences from all over the world — even when traditional theatrical distribution is not available due to government rules. However, that said, the tête-à-tête between Hollywood, where diverse filmmaking is encouraged and celebrated, and countries like Malaysia leaves the future of global box office receipts at an impasse.

Have you seen Lightyear yet? Let us know in the comments down below!