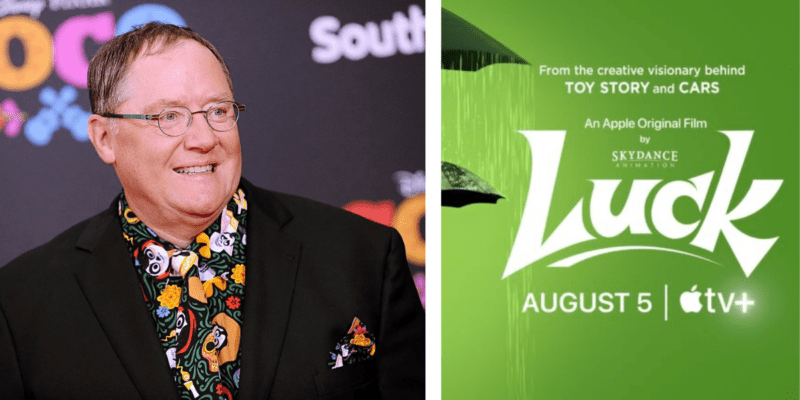 John Lasseter left Disney and Pixar in 2018 after a six-month leave of absence due to sexual misconduct accusations. Just nine days after leaving his role as Chief Creative Officer at Pixar Animation Studios, Lasseter accepted a position as Head of Animation at Skydance Animation.

Lasseter’s absence and subsequent departure came after a shocking report from The Hollywood Reporter. In it, Pixar insiders detailed Lasseter’s years of sexual misconduct and inappropriate advances. Allegedly, actress Rashida Jones and her writing partner at the time, Will McCormack, left Toy Story 4 (2019) early due to an unwanted advance from Lasseter. Jones and McCormack deny that this was the reason for their departure:

“We did not leave Pixar because of unwanted advances. That is untrue. That said, we are happy to see people speaking out about behavior that made them uncomfortable. We parted ways because of creative and, more importantly, philosophical differences…. a culture where women and people of color do not have an equal creative voice… We encourage Pixar to be leaders in bolstering, hiring and promoting more diverse and female storytellers and leaders.”

One Pixar employee, who remained anonymous, fearing repercussions, said Lasseter was well-known not only for hugging others in the industry but also for “grabbing, kissing, making comments about physical attributes.” Multiple sources told The Hollywood Reporter that Lasseter frequently got drunk at company social events and parties, but the inappropriate behavior also occurred when he was sober.

When Lasseter joined Skydance Animation, organizations like Women in Film LA, Women in Hollywood, and Time’s Up criticized the move, arguing that it wasn’t enough to apologize and promise to change without acknowledging decades of inappropriate behavior. Emma Thompson withdrew from Skydance’s recently released animated feature, Luck (2022), following many other women who left the studio because of Lasseter. Thompson wrote:

It feels very odd to me that you and your company would consider hiring someone with Mr. Lasseter’s pattern of misconduct given the present climate in which people with the kind of power that you have can reasonably be expected to step up to the plate.

Now, Skydance Animation and Apple are promoting Luck, which premiered in theaters and on Apple TV+ on August 5, in a way that is upsetting many Pixar fans. An ad shared by @Eddache_ on Twitter reads, “From the creative visionary behind Toy Story and Cars,” but doesn’t mention that said visionary is John Lasseter:

“From the creative visionary behind Toy Story and Cars” I wonder who that is? And why aren’t they saying his name?

"From the creative visionary behind Toy Story and Cars"

I wonder who that is?
And why aren't they saying his name? pic.twitter.com/wlJKwEoGVJ

The Tweet quickly gained traction with thousands of retweets and 27,000 likes. @artofdrinking1 replied:

Another Pixar fan, @alfredofilmgeek, shared a 2021 Tweet he felt applied to this situation:

Big fan of the Pixar trope where a beloved authority figure turns out to be a horrible creep pic.twitter.com/CKZr46kOrU

Apple TV+ and Skydance Animation haven’t responded to the allegations of disingenuous marketing for Luck, a story of bad luck becoming good luck. Inside the Magic will report any updates to this developing story.

Do you think Skydance Animation and Apple TV+ should acknowledge Lasseter’s involvement in Luck?