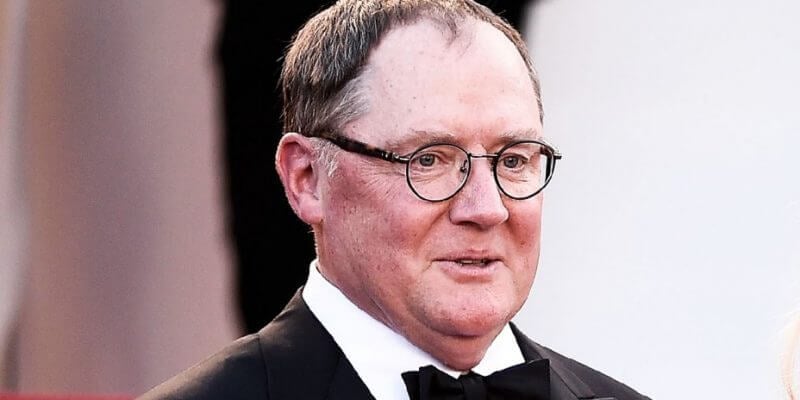 It has been just over one year since former Pixar Chief Creative Officer John Lasseter took a leave of absence following allegations of his sexual misconduct in the workplace. Now, nine days after his time with The Walt Disney Company has officially ended, Lasseter has been hired as the new head of the animation studio at Skydance Animation. And audiences, including organizations like Time’s Up, are not happy.

Cartoon Brew reports that in Lasseter’s new role, he will be responsible for the overall strategy and creative direction for Skydance Animation. This animation studio may not sound familiar, but this probably won’t be the last you’ll hear of it. The company also recently hired “Tangled” director Nathan Greno, who will direct Skydance’s upcoming original film “Powerless.” And by the looks of responses to Skydance’s decision to hire Lasseter, if you didn’t know of the company before, you will now.

Skydance Media CEO David Ellison announced the hiring of Lasseter in a company-wide email that outlined the company’s thoughts behind the decision to hire Lasseter amid the allegations made against him. In the email, Ellison states that the company has “not entered into this decision lightly,” and that they will be further investigating the allegations made against Lasseter. But despite this, Skydance has still made the decision to hire Lasseter. Take a look at Ellison’s email below:

I wanted to share with you first some news that we are announcing today.

Industry visionary John Lasseter is joining us to lead Skydance Animation. John will be based in Los Angeles and will report directly to me.

Bill Damaschke will be transitioning from his current role, and we are hopeful he will choose to remain within the Skydance family.

The attached press release outlines the news more fully, but I wanted to share a few things that have informed our decision to bring John on board.

First, no one can dispute John’s legacy building Pixar and Walt Disney Animation into the leadership position they now enjoy. His creative vision and forward-looking approach to animation has transformed the entire industry. At his heart, John is a storyteller – with a unique ability to tell beautiful and emotionally-driven tales that resonate and inspire audiences around the globe.

Second, I know many of you are aware of John’s admitted mistakes in his prior role helming those studios. John has been forthright in taking ownership of his behavior, apologized for his actions and has spent the past year on sabbatical analyzing and improving his workplace behavior.

Third, we employed outside counsel to thoroughly investigate the allegations, which we considered serious and have warranted our full attention as we made this important decision. The senior leadership team and I have all carefully evaluated the findings of this extensive investigation.

Let me be clear: we have not entered into this decision lightly.

While we would never minimize anyone’s subjective views on behavior, we are confident after many substantive conversations with John, and as the investigation has affirmed, that his mistakes have been recognized. We are certain that John has learned valuable lessons and is ready to prove his capabilities as a leader and a colleague. And he has given his assurance that he will comport himself in a wholly professional manner that is the expectation of every Skydance colleague and partner.

We are very hopeful and excited about what the coming years will bring, as John’s art transcends generations and cultures, while deeply resonating on a fundamental level with what makes us uniquely human.

The senior leadership team and I will be hosting a town hall for all Skydance Animation colleagues shortly to speak with you directly about this transition. Additional town halls at SDM and SDI will take place today and tomorrow.

Skydance Animation colleagues, please be on the lookout for a call-to-gather email. I look forward to speaking with you in person.

The news to hire Lasseter comes as a bit of a shock to many, as he was put on blast by the media and the public after allegations of Lasseter’s sexual misconduct in the workplace surfaced in 2017. When these allegations arose, Lasseter took a six-month leave of absence from Pixar, which was followed by Disney’s decision to allow Lasseter to remain in a consulting role at The Walt Disney Company until his last official day on December 31, 2018.

Lasseter also released a statement regarding his new position:

I’m grateful to David and the Skydance team and know that I have been entrusted with an enormous responsibility. It is a distinct privilege that I will relish. I have spent the last year away from the industry in deep reflection, learning how my actions unintentionally made colleagues uncomfortable, which I deeply regret and apologize for. It has been humbling, but I believe it will make me a better leader.

I want nothing more than the opportunity to return to my creative and entrepreneurial roots, to build and invent again. I join Skydance with the same enthusiasm that drove me to help build Pixar, with a firm desire to tell original and diverse stories for audiences everywhere. With what I have learned and how I have grown in the past year, I am resolute in my commitment to build an animation studio upon a foundation of quality, safety, trust and mutual respect.

But Lasseter’s new position has been met with backlash, and expectedly so. Several organizations have come forward to share their responses to Skydance’s hiring of the Lasseter, sharing similar sentiments of distaste and even outrage toward the decision to hire Lasseter when he has been accused of sexual misconduct.

Time’s Up, an organization aimed to combat sexual assault, harassment, and inequality in the workplace, released a statement in response to Skydance’s decision. The organization, which has garnered support from a number of women in Hollywood who have come forward and shared their experiences with the issue, stated, “Hiring decisions have consequences,” and shared that Skydance is “condoning abuse” by hiring Lasseter. The statement is in full below:

Skydance Media’s decision to hire John Lasseter as head of animation endorses and perpetuates a broken system that allows powerful men to act without consequence. At a moment when we should be uplifting the many talented voices who are consistently underrepresented, Skydance Media is providing another position of power, prominence and privilege to a man who has repeatedly been accused of sexual harassment in the workplace.

People often ask when a man who has abused his power “gets” to “come back.” There is no simple answer. But here are a few first steps:

1) Demonstrate true remorse.
2) Work deeply to reform your behavior.
3) Deliver restitution to those you harmed.

Hiring decisions have consequences. And offering a high-profile position to an abuser who has yet to do any of those things is condoning abuse.

Women In Film LA also shared their response to Lasseter’s new position. The organization is a nonprofit dedicated to advocating for women in the film industry to achieve parity (equal opportunity, pay, and representation) and transform culture. Below is their statement in full:

Lasseter’s innappropriate touching and kissing has been reported by a number of women – from colleagues to subordinates. In the statement from Skydance, David Ellison says, “Lasseter has been forthright in taking ownership of his behavior, apologized for his actions and has spent the past year on sabbatical analyzing and improving his workplace behavior.” He also says that Skydance had “employed outside counsel to investigate the allegations.”

What does this mean? For women in this industry to feel safe, we need more transparency than the above statement and we need to know what the company plans to do to ensure that safety. By saying Skydance has conducted an independent investigation and then proceded to hire Lasseter, do they mean to suggest that they are hiring him in spite of the numerous accounts of women and colleagues? We do think that people can learn and change, and we look forward to men who model this, but true reparation requires transparency.

Women in Hollywood also released a statement, sharing that “bro culture” is alive and well in Hollywood:

I was floored to read that John Lasseter has been hired to run Skydance animation following his removal from Pixar. This is a horrible message to the women at Pixar who stood up and told their truths about their experiences. This is also a message to all that the bro culture is alive and well and thriving in Hollywood.

David Ellison should be ashamed of himself.

If Skydance Animation didn’t anticipate a distasteful response from their decision to hire Lasseter, they’re eyes should be wide open now. Whether or not the public’s response to Lasseter’s new position will cause him to remain in his role, only time will tell. Lasseter’s reputation is already tarnished. And now, it looks as though Skydance’s may be, too.