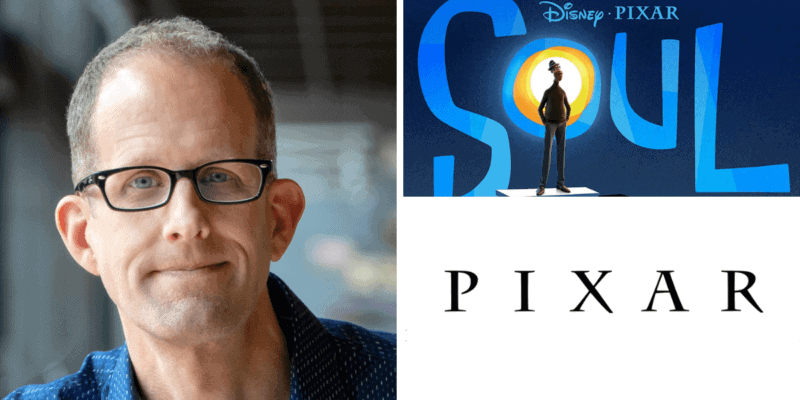 Disney-Pixar’s Soul has been out on Disney+ for just a few weeks, and for co-director Peter Docter, it might be his last film for a while.

Having been at Pixar Animation Studios since 1990, Pete Docter is known for directing the hit Disney-Pixar films Monsters, Inc. (2001), Up (2009), Inside Out (2015), and Soul (2020). Since the summer of 2018, Docter has also held the role of Pixar Animation’s Chief Creative Officer after the departure of studio founder John Lasseter.

“The CCO job is not making films,” he told The Hollywood Reporter in a recent interview. “It’s guiding other people. I was initially worried that it would be like a tax, taking me away from what I really loved. But it’s been surprisingly rewarding.”

The animator and director was asked by former Disney CEO and current Executive Chairman Bob Iger to take on the new position after Docter had spent decades having Lasseter not just as a boss but as a mentor.

“I go down there into that giant building with the dwarves on it and push the elevator button,” Docter said to THR. “I had a suspicion of what he wanted to talk about, and it just hit me. I will be honest, there was a little bit of dread…I did wonder, ‘If I say no, what happens?’ I don’t want to seem too self-aggrandizing here, but I wasn’t sure who else would do it. And so I said yes.”

At the time, Docter was questioning whether he could fill Lasseter’s shoes.

“Pete came to me once after he had the position and he said he didn’t feel right, because he doesn’t have the same kind of presence in the room that John had,” Pixar co-founder Ed Catmull said. Lasseter was regarded as gregarious — with a take-over-the-room style. “I said, ‘No, and you shouldn’t. People look up to you because you’re thoughtful, you encourage other people, you have a different style, and that’s who you should be.’ But his worry was, ‘Can I fill the shoes?'”

Iger has also reflected on what the Lasseter-to-Docter leadership transition was like.

“Pete is a gifted artist and storyteller,” the Disney Executive Chairman said in an email. “He also has a giant heart, whose guiding leadership principles are kindness, empathy, and integrity.”

As it turns out, Docter was already working on Soul when he was asked to take on the job of CCO at Pixar Animation Studios. He recalled that he got the idea for the film after the success of his 2015 film Inside Out.

“I started wondering, ‘I don’t know if it’s going to get better than that, so why is it that I still don’t feel like everything’s buttoned up and fixed in my life?’ ” he said. “‘It didn’t fix everything. Is there something more I should be doing?'”

Soul became his answer to that question and continued his intended evolution in the studio. He aimed to bring a larger diversity of stories to the forefront and inspiring more creatives to tell unique stories in the most genuine and sincere way possible, especially when it came to women.

On her own, on the 2017 film Cars 3, script supervisor Jessica Heidt had started tracking how many spoken roles went to male characters versus females and presenting the data to filmmakers after their brain trust screenings. “She would just put a piece of paper on the director’s desk and say, ‘Here’s what’s happening,’ ” Docter says. “And you’d go, ‘Holy cow. Eighty percent of these lines are males. I wasn’t aware of that. I didn’t do that intentionally.’ So just exposing these blind spots and allowing us to fix it.”

“Pete doesn’t ever pick an easy road,” said Pixar’s creative vice president Andrew Stanton. “Pete’s not interested in repeating anything. He wants to invent a new color every time.”

“I can see their eyes light up and them recognize the truth of what I’m saying, and it helps them get somewhere, and that’s been surprisingly fulfilling to me,” Docter said. “Whether it’ll be enough in the long run, or if I’m going to be jonesing to get back to directing, I don’t know. We’ll have to see.”

Now, Pixar’s future looks ahead to more stories with Luca, Turning Red, and Lightyear. Pixar will also be developing a series of shorts for the Disney+ streaming service.

“In the past we had a big run of sequels, too many in a row,” said Docter, whose feature green lights have not yet been publicly announced. “Now we have a lot of original stuff, which I’m personally excited about, but for financial safety we probably should have a few more sequels in there. Sometimes it’s tough, because the creative projects have a life of their own, and they either take off or they don’t.”

You can watch Pete Docter’s latest film Soul on Disney+.

How do you feel about how Peter Docter has steered Pixar Animation in recent years? Let us know in the comments!