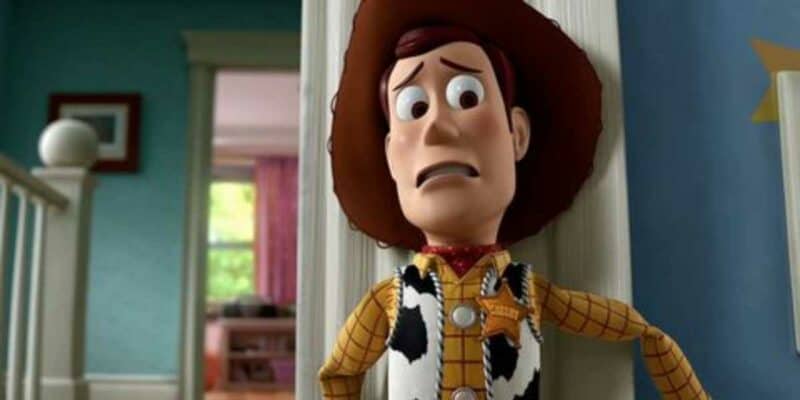 Disney Pixar’s Toy Story series began back in 1995 with the original film, which was the first-ever feature-length, computer-generated animated film. The movie, of course, tells the story of a group of toys handling the responsibilities of entertaining their owner, a young boy named Andy, along the way, taking viewers through hilarious adventures.

The film became so popular that there are now four films in the franchise, each receiving worldwide acclaim and success.

The most recent entry in the Toy Story universe is Toy Story 4, which was released in 2019. Although all the films are beloved by fans, the third installment really seemed to resonate with people. There was an 11-year gap between the second and third films, which allowed a huge amount of hype to form around the then-upcoming film.

Fans still discuss which movie is better to this day, proving how much of a cultural touchstone the franchise has become. Toy Story can be found represented in almost all of the Disney Parks as well, with Toy STory getting its own land in Walt Disney World, Hong Kong Disneyland, and Shanghai Disneyland.

Quite a different discussion has been sparked regarding Toy Story 3, one that is freaking the internet out entirely. A few days ago, a video was uploaded to TikTok of a scene from the third film in which Barbie is interrogating Ken. Barbie goes on a rampage, destroying Ken’s clothes in an attempt to get him to “spill the beans.”

At one point, Barbie ripes Ken’s shorts, to which Ken exclaims, “oh Barbie!”. However, thousands of fans claim that this is not what they hear. You can check out the video below:

I literally hear both 😂 #toystory3 #yannyorlaurel

I literally hear both 😂 #toystory3 #yannyorlaurel

Depending on what you hear, Ken either exclaims Barbie’s name or lets out an f-bomb. Obviously, Disney would not allow such language in a movie like this, but the video really messes with your head, ours included. The video has gone viral, surpassing over 30 million views and over 3 million likes.

The comment section is filled with confused fans who either hear the f-word or the word Barbie. Some can hear both depending on which word they think about. It’s truly fascinating how this scene can trick our brains so easily.

Jump back inside the toy box for a heartwarming and hilarious movie you’ll never forget. Woody (Tom Hanks), Buzz Lightyear (Tim Allen), and the rest of the toys return for an all-new adventure, along with a few new faces — some plastic, some plush — including Barbie’s counterpart Ken (Michael Keaton), thespian hedgehog Mr. Pricklepants (Timothy Dalton) and strawberry-scented Lots-o’-Huggin’ bear (Ned Beatty).

As Andy prepares to depart for college, Woody, Buzz, Jessie and the rest of Andy’s faithful toys wonder what will become of them. But when a mix-up lands them at Sunnyside Daycare, they meet a host of new toys and soon discover that a wild adventure is just beginning.

What word do you hear?