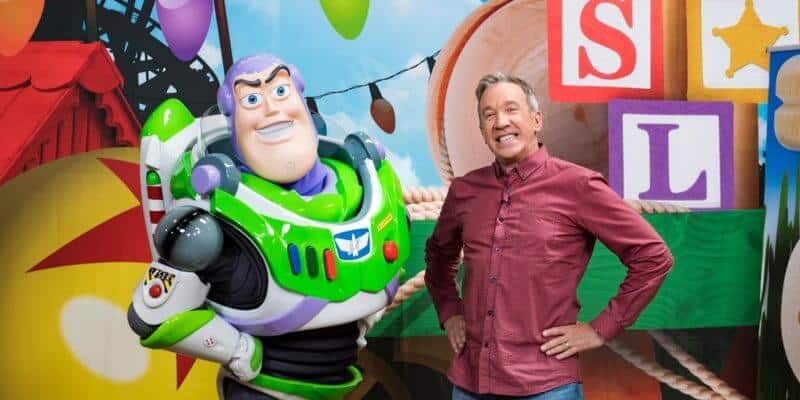 Tim Allen portrayed the voice of Buzz Lightyear in all three “Toy Story” movies from Disney/Pixar, plus numerous animated shorts and the fourth feature entry in the series, due out in the summer of 2019. Mr. Allen will appear with Mr. Lightyear on “Good Morning America” and “Nightline” this Wednesday. Additionally, ABC’s “The View” and “The Chew” will feature stories about the highly-anticipated Toy Story Land.

The exclusive access starts with a live welcome from the all-new 11-acre Toy Story Land at Walt Disney World Resort, hosted by Paula Faris. Inspired by Disney•Pixar’s “Toy Story” films, the new land will transport guests into the adventurous outdoors of Andy’s backyard where they will feel like they have shrunk to the size of a toy.

Hanging out with an alternate personality. pic.twitter.com/5VZmOlp45p