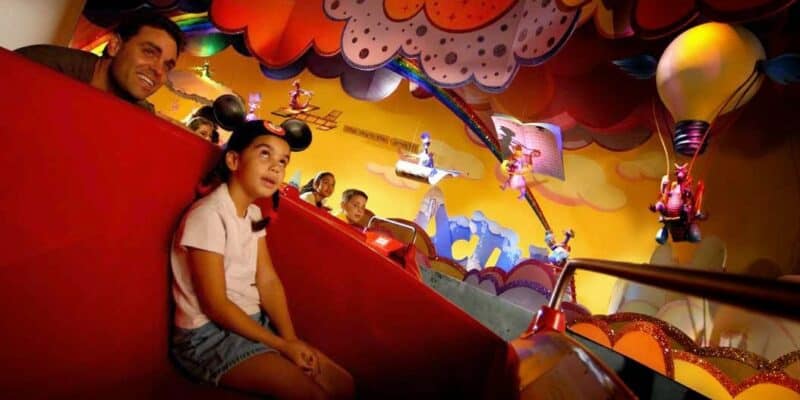 Technology is a wonderful thing until it doesn’t work, and not even the magic of Disney is immune from that maxim.

Journey into Imagination with Figment is an Epcot fixture that has been a major part of the Park’s experience since the ’80s and its iconic purple dragon has essentially become the Park’s unofficial mascot. The ride has found an extremely vocal audience ever since, but it’s still a machine at its core, and it needs proper maintenance and care in order to continue functioning properly. Recent reports of malfunctions and errors on the ride have been pointed out by riders, and have understandably spoiled the experience for some Guests.

Related: Don’t Wear Your Apple Watch on Disney World’s Coaster Attractions if You’ve Got an iPhone 14. Here’s Why.

Many of the attractions at Disneyland, Walt Disney World, and all the other Disney Parks have been in motion for decades, so wear and tear is naturally expected. However, one would think that such popular attractions like Journey Into Imagination would be on the top of some Imagineer’s watch list. With an upcoming movie announced paired with that extremely dedicated sea of fans, the best thing for Figment and his attraction is not to close it or remodel it, but to simply upgrade it and fit it with more modern machinery.

Figment’s ride has something of a troubled past when it comes to “updating” or “reimagining” his ride. The attraction’s 1999 retheming was met with harsh criticism from the fans, as it lost all of the bright and whimsical fun of the original along with Figment and the Dream Finder. Fans love and adore Figment, and nothing would make them happier than to see the dragon have new life breathed in to his iconic attraction.

Now that Figment has an upcoming movie in the works, there’s no better time to fix the ride and repair what might be causing such frequent delays and malfunctions. The keyword here is “fix” and not reboot, or reimagine. With or without the upcoming movie, fans need to experience figment at his purest, and the current layout of Journey Into Imagination gives them exactly that.

The ride features Figment completely taking over the attraction, with an avalanche of comedic result. By no exaggeration, it truly shows off who and what Figment is as a character, and is the ideal way to introduce fans and Guests to Epcot’s beloved figurehead. Closing the ride or changing it beyond its current rendition would do absolutely nothing to help Figment’s career, and would undoubtedly be met by a tidal wave of negative reactions from his fans.

Journey Into Imagination with Figment is as key to Epcot as Soarin’ or Test Track, and altering his experience would be just as risky as it would be altering the other two. Figment’s attraction needs to be treated with the same amount of care as any other historic ride such as Space Mountain or The Haunted Mansion. It requires restoration, not alteration.

What are your memories of Journey Into Imagination? Tell us in the comments below!