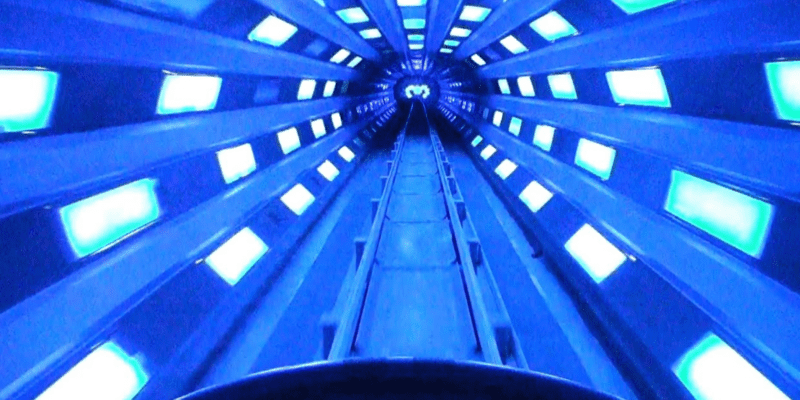 Apple’s latest version of the iPhone–the iPhone 14–was unveiled on September 16, and users have discovered a major issue with the phone and one of its brand-new safety features, at least when they’re at theme parks.

On September 7, Apple announced that the new iPhone 14 would drop on September 16. The latest addition to the iPhone family would be available in colors like Midnight, Blue, Starlight, Purple, and (PRODUCT)RED. Pre-ordering began on September 9 for the new phones, which boast a larger 6.7-inch screen size (in addition to the 6.1-inch design), a new dual-camera system, a new safety service with Emergency SOS via satellite–the first in the industry, the “best battery life on iPhone,” and Crash Detection.

Even Samsung fans can agree that from the beginning, the iPhone 14 sounded like an excellent choice of smartphone if safety features are at the top of their priorities list when it comes to choosing a new device. But Apple’s new phone might just be taking that safety thing a bit too far.

The Apple iPhone 14’s new Crash Detection feature was designed to step in during life-threatening scenarios. In the event a driver with an iPhone 14 is involved in a severe vehicle collision, the feature assists in calling for emergency services to arrive. But it appears that the feature can be confused by a non-life threatening scenario–like when a user is riding a roller coaster at a theme park.

In the short time that the iPhone 14 has been available to users, the Crash Detection feature has misinterpreted a ride onboard a roller coaster attraction as a car crash more than once, per The Wall Street Journal.

User Sara White experienced this when she visited Kings Island Park in Ohio. She boarded the ride vehicle at the Mystic Timbers attraction, a 109-foot tall roller coaster that reaches speeds of up to 53 miles per hour. During the ride, Sara’s iPhone 14 Crash Detection feature mistook the experience on the roller coaster for a car collision and prompted the phone to dial 911 in an effort to get emergency medical attention for Sara.

“The owner of this iPhone was in a severe car crash and is not responding to their phone,” an automated voice says during the 911 call. Then the voice gives the user’s location via longitude and latitude coordinates, adding that there was also a “search radius of 6 meters.” During the call, screams can be heard, but they are the screams of other riders onboard the coaster attraction.

Emergency personnel were dispatched to the “scene” at Kings Island, only to find that no such incident had occurred. According to The Wall Street Journal, Sara’s scenario was one of six that have happened, as evidenced by six different recordings of crash detection calls to 911 from the Warren County Communications Center that were placed because the phones misidentified rides at Kings Island for car crashes.

A spokesperson for Apple said that the new feature on the iPhone is “extremely accurate in detecting severe crashes,” and that the feature will only get better over time. But the scenarios are isolated to only the Kings Island park. Guests at Dollywood have also experienced scenarios in which the Crash Detection feature was activated because of a ride, prompting the park to post warning signs, telling riders that they shouldn’t bring phones or other devices onboard any rides in the park.
“Cell phones and other devices should not be brought aboard any attraction,” the signs read. “Due to the dynamic movement you will experience on this ride, Apple Watches and similar devices may activate their emergency call function. To prevent your device from making unintended 911 calls, please turn it off or enable airplane mode.”
The signs have been posted at the entrances to the park’s most “high-octane” attractions.
This situation is not isolated. Coaster101 took to Twitter to find out how many iPhone 14 users had experienced a similar issue, and surprisingly, there were many users who replied, saying they, too, had experienced the same thing.

Apple Watch users, has this happened to you on a coaster? pic.twitter.com/GzfqnmjZ2J

At the time of this post, there are 27 replies from users detailing their experiences. User Andrew (@parkrovers) tweeted, “Mine Blower at Fun Spot shook my watch band off, and I accidentally triggered a 911 call. I stopped it immediately, so it didn’t go through. The new Severe Crash detection feature seems like the reason for this warning.”

Mine Blower at Fun Spot shook my watch band off, and I accidentally triggered a 911 call. I stopped it immediately, so it didn't go through 🙌

The new Severe Crash detection feature seems like the reason for this warning.

User KBrew (@kbrewFL) tweeted, “I actually have had that happen a couple of times, and 911 called me back.”

Haha I actually have had that happen a couple of times and 911 called me back.

Another user, Jayce (@jaycepeterson23) experienced the Crash Detection activation at Universal. His tweet reads, “happened to me on hagrid’s and mako surprisingly.”

Another Redditor who has not yet experienced such a scenario was curious about whether two of Disneyland’s rides would trigger the Crash Detection feature. Redditor u/tdjustin posted, saying, “If you ride Guardians: Mission Breakout or Incredicoaster over at California Adventure with your 14Pro I’d love to know if that triggered the warning.”

According to Apple, the new Crash Detection feature is available on these Apple devices:

As of the time of this post, Apple has not made any official statement about the feature and the 911 calls placed by the phones when users were onboard roller coaster attractions. The best way to avoid the situation is to simply turn the device off before riding, or to set the device to Airplane Mode.