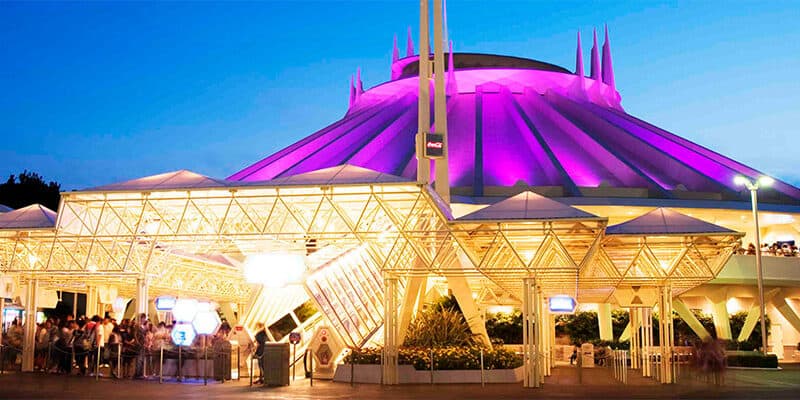 It’s a big day for a classic Disney roller coaster.

Few rides are as beloved at the Disney Parks as Space Mountain. This thrilling “journey through space” has become a fan favorite over the years and can be found at Walt Disney World, Disneyland, Disneyland Paris, Hong Kong Disneyland, and of course, the Tokyo Disney Resort.

And speaking of the Tokyo Disney Resort, the version of Space Mountain there is undergoing some big changes.

We first learned that Tokyo Disney’s Space Mountain was getting a complete makeover a few months ago. This announcement shocked the Disney Parks community as it was completely unexpected.

The Tokyo Disney Resort in Urayasu, Chiba opened as Tokyo Disneyland in 1983 as the first official Disney theme park outside of the United States. Eventually, the Disney Resort grew with the addition of a second gate, Tokyo DisneySea featuring the American Waterfront, and the retail complex Ikspiari. Tokyo Disney Resort is unique in the way it is wholly owned by The Oriental Land Company under license from The Walt Disney Company.

Below is concept art for the new attraction:

Space Mountain is just one part of this project, however, as the entire Tomorrowland is being reworked as well. This update is expected to cost about 56 billion yen, or roughly $390 million USD, with all renovations being completed sometime in 2027.

Guests can look forward to the excitement at the new Space Mountain and the plaza at
Tomorrowland.

While the project is years away at this point, groundwork is already beginning, as shown by TDR Explorer. Pictures show construction equipment surrounding the attraction as well as mounds of dirt. Cranes are also being lifted into the air. Scaffolding has also been put up.

In line with this new project, The Oriental Land Company has announced that Space Mountain will close in 2024, with the completed new attraction and Tomorrowland plaza slated to open in 2027.

It will be interesting to see if any other Disney Parks announce updates to any of their versions of Space Mountain in the future.

Are you excited about this new version of Space Mountain?