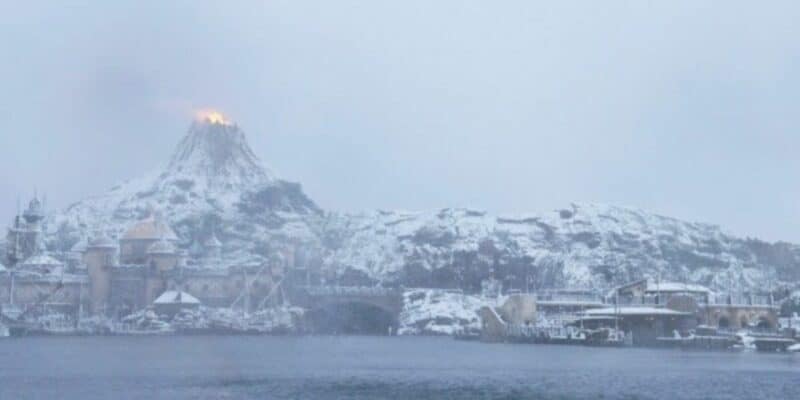 When it comes to snowfall at the Disney Parks, it can often be a stunning sight to see. Although Walt Disney World never gets to see any snow, there are a ton of Disney Parks around the world that do!

Most recently, we reported on Disneyland Paris and how gorgeous its snowfall looked on the attractions and Sleeping Beauty Castle. Now, it seems another snowfall has hit, but this time, it’s in Tokyo. Below, Mr. EPCOT (@MrEPCOT) shared a photo of Tokyo DisneySea at Tokyo Disneyland Resort, as it is covered in snow. Snow is not incredibly common in Tokyo, and when it does snow, the snowfall is often quite light. That being said, this photo makes the Park look like a brand-new winter wonderland!

Because the snow is such a rare site for many Guests, it is a big deal to see Tokyo DisneySea covered in flurries!

It seems the forecast will not be causing too much snow, and it appears that some incoming rain will soon erase all signs of ice shortly! Tokyo Disney Resort will also welcome an all-new Toy Story Hotel coming soon.

What do you think of this gorgeous snowfall? Let us know in the comments below!