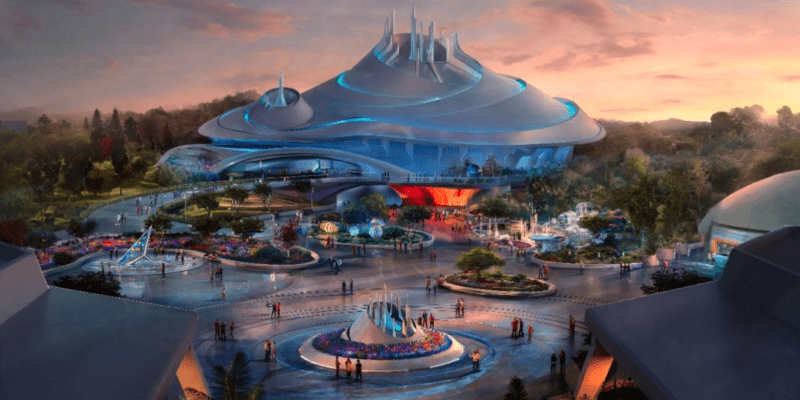 In a move that is sure to both excite and devastate Disney fans, The Oriental Land Company has announced that Tokyo Disney Resort’s Tomorrowland at Tokyo Disneyland is to receive a major investment project which will see the area totally transformed and the beloved Space Mountain permanently closed.

The Tokyo Disney Resort in Urayasu, Chiba opened as Tokyo Disneyland in 1983 as the first official Disney theme park outside of the United States. Eventually, the Disney Resort grew with the addition of a second gate, Tokyo DisneySea featuring the American Waterfront, and the retail complex Ikspiari. Tokyo Disney Resort is unique in the way it is wholly owned by The Oriental Land Company under license from The Walt Disney Company.

Featuring a plethora of fan-favorite Disney attractions like Pirates of the Caribbean, Big Thunder Mountain, and Space Mountain at Adventureland, Westernland, and Tomorrowland, respectively, Tokyo Disneyland brings Disney magic to Guests from all over the world. Other lands include the World Bazaar and Critter Country.

Now, in a bold move, The Oriental Land Company has announced a major transformation to both Space Mountain and Tomorrowland with the popular Disney ride being completely rebuilt.

URAYASU, CHIBA—Oriental Land Co., Ltd. announced today that Space Mountain and
its surrounding area in Tomorrowland at Tokyo Disneyland® Park will undergo a major
renovation. This newly developed plaza will create a reimagined area of Tomorrowland and
is expected to open in 2027.

The statement goes on to detail what the new Tomorrowland plaza hopes to portray in terms of imagination, theming, and Disney Guest experience. It says:

Guests can look forward to the excitement at the new Space Mountain and the plaza at
Tomorrowland.

In line with this new project, The Oriental Land Company has announced that Space Mountain as fans know it will close in 2024 with the completed new attraction and Tomorrowland plaza slated to open in 2027. According to the report, the major renovation will cost a projected 56 billion Japanese Yen (approx. $438 million). So far, there has only been one concept art image shared of the vision thus far.

It is not clear when in 2024 the attraction will close but all eyes are sure to be on the progress of this project at Tokyo Disneyland. It will be interesting to see if any other Disney Parks announce updates to any of their versions of Space Mountain in the future.

What do you think about Space Mountain closing? Let us know in the comments down below!