Is Disney Gearing Up to Replace an Iconic Ride? - Inside the Magic 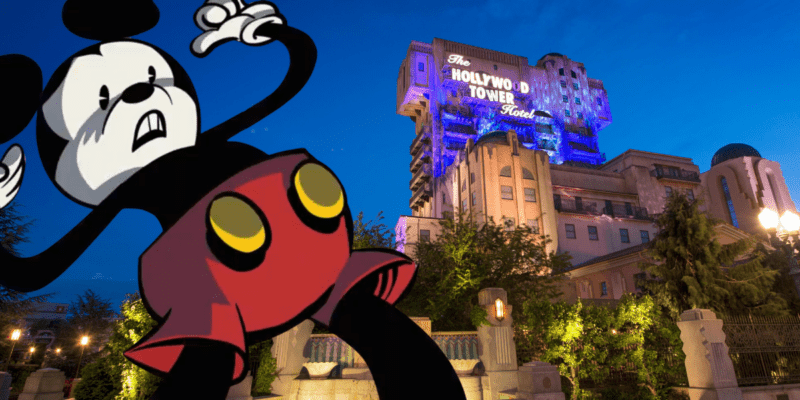 With so many changes happening across Disney Parks worldwide, could Disney be gearing up to replace an iconic ride soon?

The Walt Disney Company and Disney Parks worldwide are constantly changing and upgrading experiences. Proof of this are the many announcements that were released recently, from significant changes to the reservation system and the removal of loathed additional charges at Walt Disney World Resort to the resuming of sales of Magic Key Passes at Disneyland Resort, the long-awaited return of Happily Ever After to Magic Kingdom, and the official opening date for the highly anticipated TRON Lightcycle/Run. And while many fans thanked the returning Disney CEO Robert Iger, his takeover is unrelated to the positive modifications, according to a Disney executive.

As the company continues to include more experiences from the Star Wars franchise, the Marvel Cinematic Universe, 20th Century Studios, and Pixar — including an all-new live show 20 years in the making — many of us are pondering what the next step could be. And with a recent announcement, we can’t help but wonder, could Disney be gearing up to replace an iconic attraction?

It was recently announced that Disneyland Paris would welcome an all-new drone show entirely dedicated to the Avengers and the Marvel Cinematic Universe, featuring iconic superheroes, including Captain America, Captain Marvel, Hulk, Scarlet Witch, Doctor Strange, and, for the first time at Disneyland Paris, Shang-Chi. The show is set to illuminate the sky above Avengers Campus using The Twilight Zone Tower of Terror as its main canvas, as it is located just outside Avengers Campus at the Walt Disney Studios Park.

While the debut of the “Avengers: Power the Night” nighttime spectacular is exciting for all Marvel fans and Disney enthusiasts, seeing the show using The Twilight Zone Tower of Terror as a crucial piece for the upcoming show makes us wonder if the iconic Disney ride could soon shut its doors and be absorbed by Avengers Campus at Walt Disney Studios Park, possibly receiving a Marvel-inspired retheming like its Disneyland Resort counterpart did when the attraction became Guardians of the Galaxy – Mission: BREAKOUT!

It is not farfetched to think that, due to its proximity to Avengers Campus in the Parisian Disney Park and the fact that the retheming already took place at Disney California Adventure, The Twilight Zone Tower of Terror at the Walt Disney Studios Park could be replaced by a new attraction inspired by the MCU, whether that be a replica of Guardians of the Galaxy – Mission: BREAKOUT! currently operating in Disney California Adventure at Disneyland Resort, or an all-new reimagining of the attraction, as it happened for Avengers Assemble: Flight Force at Avengers Campus in Paris.

While the news could be divisive, creating a controversy between MCU fans and lovers of the iconic Disney ride, we can all rest assured that The Twilight Zone Tower of Terror will remain the same at Walt Disney Studios Park for the foreseeable future, as Disney officials have not released any official information on a retheming for the Parisian attraction.

Would you like to see The Twilight Zone Tower of Terror receive a Marvel-inspired retheming at Disneyland Paris? Should the iconic Disney ride remain the same at the Parisian Park? Let us know what you think in the comments below!