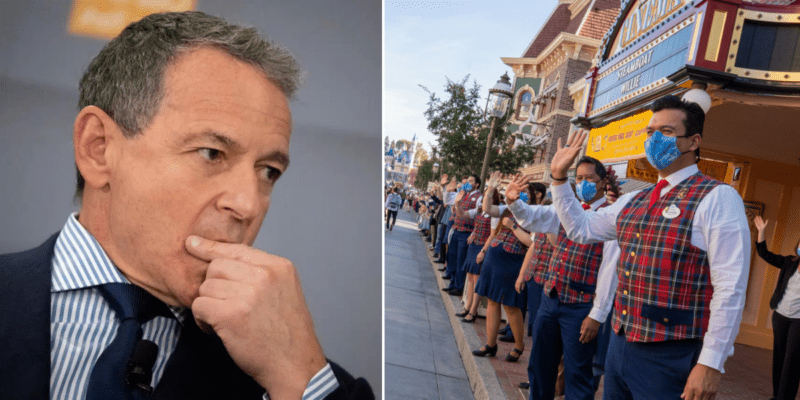 Significant changes happened at Disneyland and Disney World today, but while fans are praising CEO Bob Iger for the, a Disney executive stated his takeover is unrelated to the decisions.

The Walt Disney Company has kept Disney fans on the edge of their seats, as today has been packed with drastic changes and announcements that have thousands of parkgoers beyond excited. From significant changes to the reservation system and the removal of loathed additional charges at Walt Disney World Resort to the resuming of sales of Magic Key Passes at Disneyland Resort, the long-awaited return of Happily Ever After to Magic Kingdom, the official opening date for the highly anticipated TRON Lightcycle/Run, and a breathtaking new drone show, featuring the Avengers, debuting this year, all the exciting news have made today a great day to be a Disney fan.

“This is not necessarily about a change in leadership,” said Chairman of Disney Parks, Experiences and Products Josh D’Amaro to The New York Times. “I have a lot of face-to-face conversations with guests when I’m walking the parks, and I read a lot of their comments online.”

“We want to make sure our fans are feeling the love,” added D’Amaro regarding the recent changes happening at the Disney Parks nationwide. “We’re listening to them, and we’re trying to adjust.”

D’Amaro commented that Disney fans worldwide “really, really care” about the company’s decisions, whether that be moving a tree, changing a procedure, or asking for reservations. “And if people care that much, then I have an obligation to listen and, when appropriate, to make some changes and modifications,” he added.

While it is true that the drastic changes feel as if there were happening overnight since and thanks to the return of retired CEO Robert Iger in November 2022, the modifications to the Disney Parks’ operations come as a result of listening to the feedback of millions of passionate Disney fans, according to the Disney Parks, Experiences and Products chairman Josh D’Amaro.

Do you think these changes are entirely thanks to Robert Iger’s return to The Walt Disney Company? Or is Disney really listening to its fans? Drop your thoughts in the comments below!