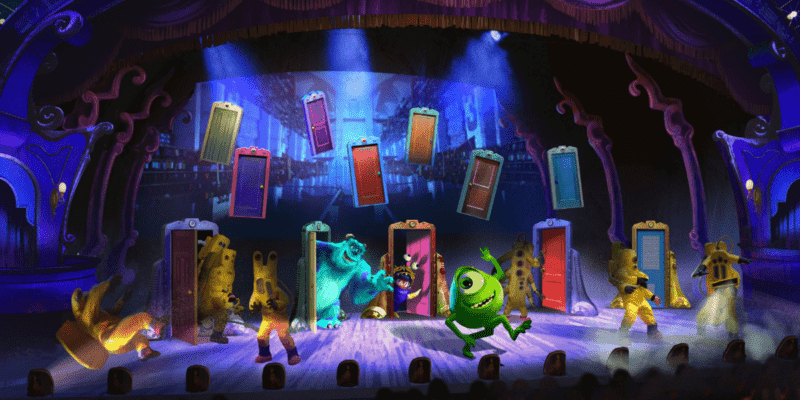 It’s no secret that Disney Parks worldwide have some of the most innovative and impressive entertainment offerings. With Disneyland Resort welcoming two brand-new nighttime spectaculars and the long-awaited return of Happily Ever After to Magic Kingdom at Walt Disney World Resort, it would appear that 2023 will be a year of fun and excitement for millions of Disney fans.

And Disneyland Paris could not fall behind, as the Parisian Disney Park continues to prepare for the debut of an all-new live performance with significant technological advancements, lighting effects, choreography, and iconic songs inspired by their favorite Pixar movies, and of course, featuring fan-favorite Pixar characters.

While the show is not “Put that thing back where it came from, or so help me!,” the musical we were promised in the 2001 hit Pixar film Monsters Inc., the upcoming live performance makes reference to another fan-favorite Pixar movie. Named after the catchy song featured in Toy Story 3 (2010), “Pixar: We Belong Together” will debut in Walt Disney Studios Park at Disneyland Paris this summer!

Disneyland Paris News states, “In Summer 2023, a brand-new show called “Pixar: We Belong Together” will await Walt Disney Studios Park’s guests, who will be invited to take part in a musical adventure at Studio Theater alongside their favorite Pixar pals. During this show, which will combine state-of-the-art stage technology, lighting effects, choreography and iconic songs, guests will find out how music and friendship brings us together. “

While there is not much information available on the brand-new show, its name and the concept art shared by Disney make us think that the show will at least feature characters from Monsters Inc. (2001) and the Toy Story franchise. However, characters from other fan-favorite films like Coco (2017), The Incredibles (2004), Soul (2020), Up (2009), and Inside Out (2015) could also jump on stage in this magical new adventure. Inside the Magic will keep you updated as more information becomes available regarding “Pixar: We Belong Together.”

With the debut of “Pixar: We Belong Together” — which was first announced during last year’s Disney D23 Expo in Anaheim, California — Disneyland Paris doubles down on its efforts to immerse Guests into memorable Pixar stories, allowing them to enjoy new experiences “alongside a wide variety of Disney Characters.”

Disneyland Paris will also welcome an all-new drone show dedicated exclusively to the Avengers and the Marvel Cinematic Universe, illuminating the sky above Avengers Campus in the Parisian Disney Park.

Are you excited about the debut of “Pixar: We Belong Together”? Let us know in the comments below!