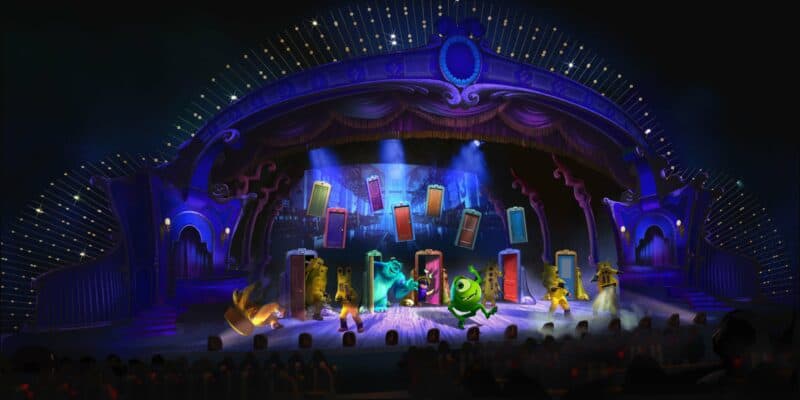 This weekend we’ve seen so many exciting announcements, from the latest projects from Walt Disney Studios, Pixar, Marvel, and Star Wars, to new details about all the fun projects coming to Disney Parks worldwide, including the first look at a highly dynamic Officer Clawhauser animatronic coming to Shanghai Disneyland’s Zootopia-inspired expansion, a massive Te Fiti statue arriving at EPCOT as part of the new Moana-themed attraction, and a whole bunch of information on the retheming of Splash Mountain, becoming Tiana’s Bayou Adventure in 2024.

With so many new announcements about all the different attractions, characters, shows, and experiences coming to Disney Parks worldwide in the following years, it’s no wonder Disney D23 Expo is “The largest Disney fan event in the world.”

And part of the announcements to come earlier today was Josh D’Amaro mentioning an all-new spectacular coming to Disneyland Paris as part of the grand finale of the Parisian Park’s 30th-anniversary celebrations.

Related: Several Shows Will Be Unavailable In the Coming Months at Disney Park

“Pixar: We Belong Together” will be an all-new stage show inspired by Pixar characters. From the concept art shown during D23 “A Boundless Future: Disney Parks, Experiences and Products,” this live performance will be heavily influenced by the 2001 Pixar film Monsters Inc.

While characters from other Pixar movies may join this live spectacular, especially considering that the show shares its name with the popular song “We Belong Together” from Toy Story 3 (2010), no further information has been released as of this article’s publishing.

Disney Parks (@DisneyParks) later shared a closer look at this concept art, where we can see Mike, Sulley, and Boo on a stage filled with doors, accompanied by several agents from the CDA (Child Detection Agency), adding that the new stage show will debut next year in Walt Disney Studios Park.

At Disneyland Paris, as part of the grand finale of the 30th Anniversary celebration, a new stage show, “Pixar: We Belong Together,” will debut next year in Walt Disney Studios park. #D23Expo

At Disneyland Paris, as part of the grand finale of the 30th Anniversary celebration, a new stage show, “Pixar: We Belong Together,” will debut next year in Walt Disney Studios park. #D23Expo pic.twitter.com/7gxXHIeyaD

From the look of the concept art, this all-new live show coming soon to Disneyland Paris will take place at the Animagique Theater in Walt Disney Studios Park, where Mickey and the Magician show is currently taking place.

This brand-new Disney spectacular will surely delight Guests visiting Disneyland Paris during the grand finale of the Park’s 30th-anniversary celebrations. Inside the Magic will update you as more information is released on this colorful show is released by Disney Parks and Experiences.

Are you excited about this brand-new live spectacular coming to Disneyland Paris soon? Let us know in the comments below!