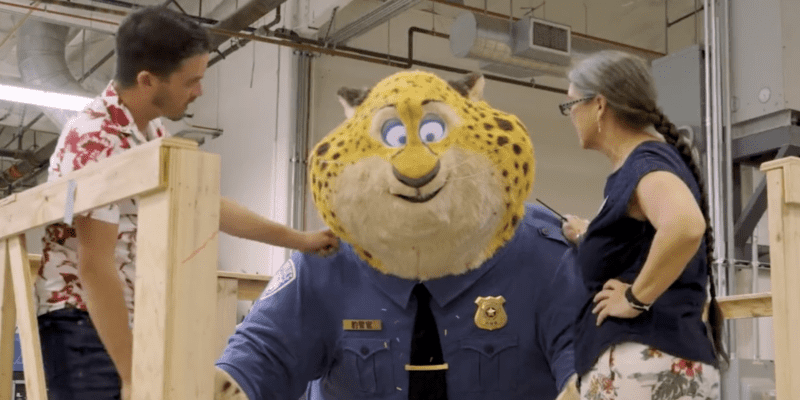 We have been given so much to look forward to thanks to the ongoing D23 expo, with today possibly being the biggest in terms of news. So far, we got a look at Tiana’s Bayou Adventure, the retheme that will take over the iconic Splash Mountain, as well as a new look at what we can expect from the Moana experience at EPCOT.

However, we also just got a first look at an impressive new animatronic coming to Disney’s ambitious new land.

Disney previously announced its plans to build a new Zootopia-themed land at the Shanghai Disney Resort back in 2019. The expansion is serving as the second-largest expansion to happen at the Disney Park since it opened in 2016. Based on the size and shape of the vehicle, we can be almost certain that the attraction will use Disney’s innovative trackless system, similar to the one used on Remy’s Ratatouille Adventure, Enchanted Tale of Beauty and the Beast, and Mickey & Minnie’s Runaway Railway.

An Officer Clawhauser animatronic was recently revealed for the attraction, and to put it simply, it’s absolutely jaw-dropping. You can see it in a tweet below from River Dai (@RiverInvisible):

Shanghai Disneyland reveals an Officer Clawhauser animatronic in the upcoming #Zootopia attraction ahead of #D23Expo Day3.

As part of the initial announcements of this highly immersive expansion, Disney Parks Blog shared these details about what Guests can expect: