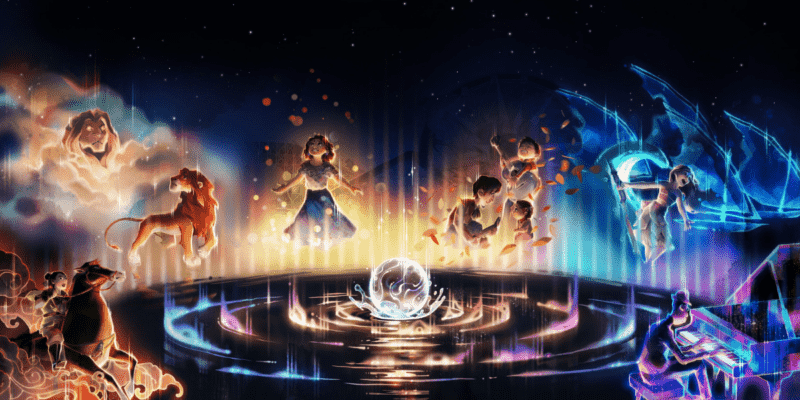 Disney just announced the showtimes and schedule for two brand-new nighttime spectaculars. Are you ready to live the magic?

Disney Parks have some of the most amazing and technologically advanced entertainment offerings worldwide. For thousands of fans, the perfect way to end a visit to their favorite Disney Park — whether that be Disneyland Resort, Walt Disney World Resort, Disneyland Paris, Hong Kong Disneyland, Tokyo Disney Resort, or Shanghai Disney Resort — is to enjoy one of the breathtaking nighttime spectaculars Disney Parks offer. With fireworks, video-mapped projections, water and fire effects, heart-stirring music, and even drones performing mesmerizing choreographies, it’s no wonder why Disney nighttime spectaculars are a must-do for the young and the young at heart when visiting Disney Parks worldwide.

While Disney D-Light at Disneyland Paris, Believe! Sea of Dreams at Tokyo Disneyland, and Momentous at Hong Kong Disneyland are some of the newest and most exciting nighttime entertainment offerings Disney has; two brand-new nighttime spectaculars are weeks away from their debut at Disneyland, and the Resort continues to gear up for a multi-performance premiere.

Disneyland Resort recently updated its website to include the showtimes for the debut performances of Wondrous Journeys at Disneyland Park and World of Color – One at Disney California Adventure, two nighttime spectaculars arriving at Disneyland as part of The Walt Disney Company’s 100th-anniversary celebrations — although these celebrations could reignite a heated debate among fans.

As of this article’s publishing, these are the only showtimes available for these new shows. However, Disney will surely update the Resort’s website to add further dates and performances soon. We advise our readers to visit Disneyland’s Park Hours & Events Calendar to have the most recent information when planning their trip to Disneyland Resort.

Wondrous Journeys and World of Color – One will be part of the Disney100 celebrations at Disneyland Resort, along with the debut of Mickey and Minnie’s Runaway Railway, unique platinum decorations, Disney characters dressed in their best celebration outfits, and even an all-new look at Sleeping Beauty Castle. Inside the Magic prepared a guide to all the offerings coming to Disneyland Resort for the 100th-anniversary celebrations, which you can read by clicking here.

Are you excited about the debut of Wondrous Journeys at Disneyland Park and World of Color – One at Disney California Adventure? Will you visit Disneyland Resort to see these new nighttime shows? Let us know in the comments below!