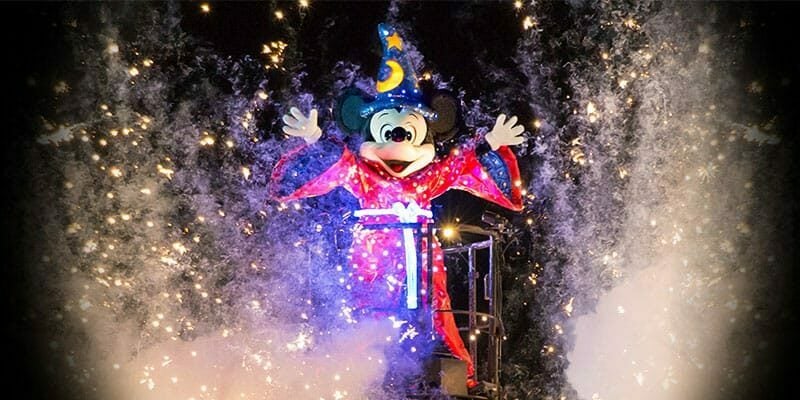 Disney is planning to introduce a new paid option in their Parks — prime, roped-off viewing areas for nighttime entertainment — and fans are not too happy with this new direction that Disney is taking.

The Walt Disney Company has been making changes as of late, particularly when it comes to pricing and ticketing within their family of Disney theme parks. All over the world, Disney fans and Guests have had to contend with ticket price increases, new pricing models, and the elimination of the old FastPass system, where Guests may attain specific, timed entry to attractions, shows, and even character greetings.

The Walt Disney Company has introduced several paid options for advance bookings and perks such as shorter wait times in lieu of FastPasses and other free methods, namely Genie+ and the Lightning Lane system in Walt Disney World Resort and the Disneyland Resort in the US, as well as Disney Premier Access at Disneyland Paris Resort, Hong Kong Disneyland Resort, Shanghai Disney Resort, and the Tokyo Disney Resort. This shift in the pricing of attractions and experiences has come with much criticism from long-time Disney Park-goers, fans and even casual visitors to the Parks around the globe. These changes have been met with confusion, especially from Guests who have to do a ton of homework to understand these new pricing models and applications, with an intense amount of planning, reservation, and additional costs now the norm for any visit to Disney property. Now, it appears that nighttime entertainment and events like parades and shows are also becoming paid experiences.

Prime viewing areas at parades and shows in the Disney Parks are now liable to come with a price tag, as the Oriental Land Company and The Walt Disney Company’s recent announcement indicates. It appears that Disney are using this new paid show viewing areas as a testing ground of sorts — as sufficient demand for it might indicate the paid system being implemented in other Disney Parks. The popular nighttime spectacular, Fantasmic! has officially been replaced with projection-and-screen-heavy Believe! Sea of Dreams at the Tokyo DisneySea Park within the Tokyo Disney Resort, and now you will likely have to pay in order to nab a decent view of the nighttime proceedings.

Pricing for prime viewing to the nighttime spectacular is now included as an option under the Disney Premier Access system, which takes the place of Disney Genie and Lightning Lane systems at many international Parks — and the cost? A pretty substantial 2,500 Japanese yen, approximately $20 at the time of writing. Considering that the Disney Premier Access system prices attraction queues for new or popular rides like Tokyo Disneyland’s Enchanted Tale of Beauty and the Beast and Tokyo DisneySea’s Soaring: Fantastic Flight at 2,000 yen, the price for standing at a “prime viewing area” is even more than that of a ride.

In fact, the Tokyo Disney Resort’s website has some almost “misleading” wording:

You can select an admission time in advance and enjoy the show from a designated viewing seat (area).

However, these cordoned off “designated viewing areas” are not actually seated viewing as many may think with the purchase of a Premier Access ticket, but instead fully standing areas, allowing Guests to “move freely within the area”. Above is an image of one configuration, with Entry Request in the Green Area, Disney Premier Access in the Blue Area, Disney Vacation Package in the Pink Area, and Wheelchair-accessible in Purple Area.

According to the Oriental Land Company, these new viewing areas have “seats” available for purchase, but prime viewing may also be obtained via the purchase of an official Disney Vacation Package, which may include access to these designated areas. Some free “Entry Request” viewing areas are also designated (that may be reserved for free on the Tokyo Disney Resort app), although the area is markedly smaller than the paid options.

Why Disney Park-goers and fans are upset

Fans of the Disney Parks have spoken out about this change, expressing their disappointment and disdain for this new choice. Some pretty lucid arguments were also raised by Disney fans regarding the “free standing” nature of this new paid system, where Guests would still have to “camp out” (“Jizo” in Tokyo Disney Park fan slang, which means “lined up Buddhist statues”) for hours to find a good spot even within these free-roaming, paid standing areas.

@Rpz8U brings up their own situation, saying that they can’t afford this new option:

At the end of the day, even if you pay, you have to camp out.
Even if I pay for the Vacation Package, there is a risk that it will be canceled due to rain, so I can’t afford it.

@KuuK108 agrees, bringing up the cost:

And @dona_akechi is upset with this new system, noticing:

Even if you pay a fee or win a prize, you won’t be able to see the show from a good place if you don’t camp out, right?😰
課金しても、当選しても、地蔵しないと結局いいところで見れない、ということでは？😰

@saru_p18 finds this all ridiculous, and points out:

The new nighttime spectacular in question, Believe! Sea of Dreams has had its public debut date surprisingly moved up earlier than expected, and the prior Mickey Mouse-centric Fantasmic! replaced with a new show showing off projected scenes from popular intellectual properties (IP) mostly from Peter Pan, Tangled, Frozen, Moana and Coco taking center stage. that roughly tie into the new Fantasy Springs themed land (or Port of Call, in Tokyo DisneySea terminology), which itself been recently delayed. Older IPs included in the show are Aladdin and The Little Mermaid, but this is where the featured IPs end.

What do you think about Disney having “the best seats in the house” becoming paid viewing areas? Do you think this change could be seen in other Parks? Share your thoughts in the comments below!