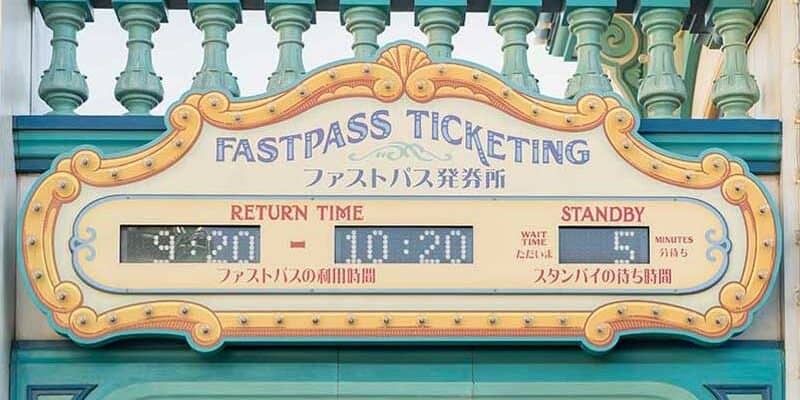 Disney has announced new ‘Attraction Vouchers’ to be issued to Guests who book stays at the official Tokyo Disney Resort (TDR) Hotels. This is a clear bid to entice people to stay on property as restrictions also begin to ease around international tourism — however, some fans are baffled by several choices made by Disney and the Oriental Land Company (OLC).

How the Attraction Vouchers work

This ‘Attraction Voucher’ is valid for Disney Hotel stay days excluding the date of check-in.

Guests may experience several attractions at Tokyo Disneyland or Tokyo DisneySea with a shorter wait time than usual. With this, Disney Hotel Guests will be able to experience a fulfilling time at the Parks and fully enjoy the Tokyo Disney Resort.

The valid Attractions were also listed.

Disney and the OLC are being quite smart, as these Attraction Vouchers cover rides that the new Disney Premier Access does not, so there is some incentive for time-conscious park-goers.

A huge target of this new scheme is clearly the people living in Japan, and many local theme park fans have taken to social media to voice their opinion of this new move — namely, the completely baffling fact that Disney and OLC have decided against allowing Hotel Guests from using the Attraction Voucher on the day of check-in.

“Well, there aren’t any attractions that I want to ride with the voucher, so it doesn’t matter.
First of all, with this voucher coming out, would you be satisfied with this substitution even if the popular attractions are even more crowded? I don’t understand why it can’t be used on the check-in date. What are you thinking Oriental Land!?”

“Thank you for the fantastic benefits. But why can’t I use them on check-in day? If you’re staying at the hotel because you’re going to enjoy the Park late into the night, this perk is meaningless. Please reconsider so that it can be used even on the day of check-in”

“Since I’m coming from far away, I don’t have time to enter the Park on check-out day.
Please make this available on the check-in date.”

Others, however, seem excited about this new offer despite the odd restriction and have almost immediately nabbed their Disney Hotel stays.

Ultimately though, having shortened attraction wait times for ‘free’ still remains a technical net benefit — if you already intend to stay at the official Disney Resort hotels, that is.

All of this sounds great on paper, but some eagle-eyed (or maybe not all that eagle-eyed) fans have noticed that these Attraction Vouchers are glaringly similar to a previous perk that Disney once provided.

For free, daily, to all Guests, and on a first-come, first-served basis.

@Okuri_wolf on Twitter saw right through the new offer:

That’s right — this all sounds suspiciously like the FastPass tickets system that Tokyo Disneyland and DisneySea had until very, very recently!

Back in May, @pomemaru_d spotted a concerning change:

“My chest hurts!!!!
FastPass… ticketing machine… (the sound of creaking/pulling)”

Fans were upset when the physical paper tickets FastPass machines were removed outside Pooh’s Hunny Hunt, and eventually, elsewhere in the Parks, sparking confusion and debate about the future of the FP system.

The implementation of the new Disney Premier Access system, (the last Disney park to switch to paid systems like the United States’ Disneyland and Walt Disney World’s Lightning Lane and Disney Genie services) where you can buy tickets to shorter wait times at only three rides (currently) — the Enchanted Tale of Beauty and the Beast at Tokyo Disneyland, plus Toy Story Mania! and Soaring: Fantastic Flight at DisneySea, for 2,000 Japanese yen (approx. $15) — all but confirmed the fate of the old FastPass system to local Parks fans. This also happened last year at Disneyland Paris, where a similar initiative is in place.

“Ultimately, if you’re not paying, you’re not able to ride the attraction quickly.

So when will FastPass be abolished?”

With no official announcement on the true fate of the FastPass system, and the introduction of this new ‘Attraction Voucher’ offered to Disney Hotel Guests (if only for a limited period), the chances of FastPass ever returning to the Tokyo Disney Resort seem to be increasingly slim.

What do you think of this new offer? Do you miss the old FastPass systems? Share your thoughts below!