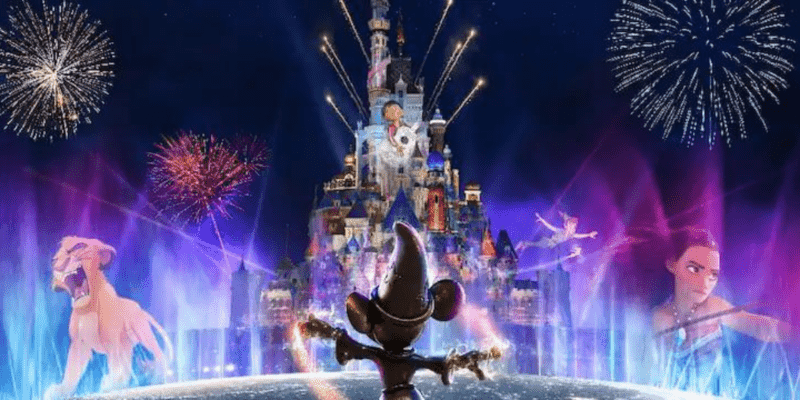 Disney Parks worldwide are known to have some of the most impressive nighttime spectaculars in the theme park industry. Whether you’re visiting Disneyland in California, Walt Disney World in Florida, Disneyland Paris, Shanghai Disney Resort, Hong Kong Disneyland, or Tokyo Disney Resort, your day will surely end most magically with a breathtaking firework spectacular at the castle in the heart of the Park you’re visiting or a fantastic nighttime show at one of the Park’s bodies of water.

The Disney Park’s website states that the following presentations of the Momentous nighttime spectaculars will have no pyrotechnics and fireworks effects:

Unfortunately, this is not the first time Hong Kong Disneyland has dealt with supply chain shortages. The Park announced that presentations of Momentous would be modified throughout November, commenting that presentations would occur without pyrotechnics and fireworks effects, similar to this month’s announcement.

Earlier this year, Hong Kong Disneyland also modified some of its daytime entertainment offerings, adding several water fountains, sprinklers, and water hoses to the Park’s parades, entertainment offerings, and even character interactions to offer Guests a much-needed way to cool down and beat the summer heat. Some of the modified offerings included the show “Follow Your Dreams,” Pixar Water Play Street Party!, and the Toy Soldier Boot Camp show at Toy Story Land. You can read about these modifications by clicking here.

The Most Magical Show on Earth has arrived. Are you ready for the most mesmerizing nighttime experience in Hong Kong? Prepare yourself for “Momentous,” an all-new nighttime spectacular at Hong Kong Disneyland. Beginning June 18, 2022, this much-anticipated show—filled with magic and light—will illuminate the night sky with about 20 minutes of music and memorable moments in one monumental journey.

You can click here to watch the full performance of Momentous at Hong Kong Disneyland without fireworks or pyrotechnics, as posted by HKDL Fantasy on their YouTube channel.

Would you like to visit Hong Kong Disneyland? Let us know in the comments below!