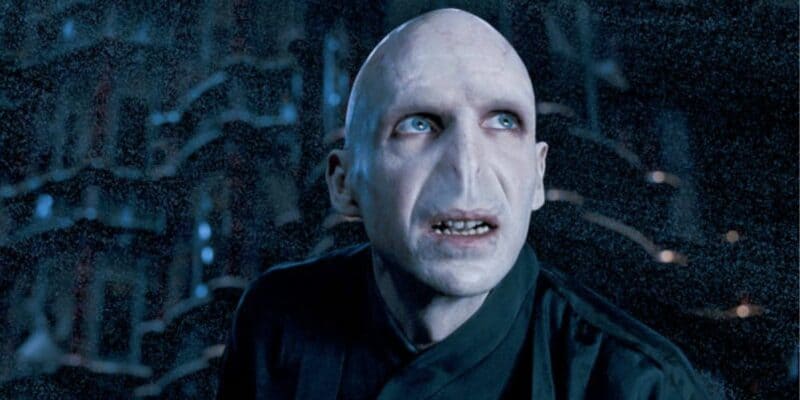 The Wizarding World of Harry Potter has certainly been making headlines lately, whether it’s the tragic passing of Robbie Coltrane, who played Hagrid in all eight Harry Potter movies, or news that Warner Bros. might be canceling the Fantastic Beasts series due to poor box office takings.

On a more positive note, open-world game Hogwarts Legacy (2023) has also been making headlines, with a new gameplay showcase and other exciting reveals. But even Hogwarts Legacy hasn’t been without its fair share of controversy, with some fans threatening to boycott it upon release.

The truth is that the Wizarding World has been quite turbulent for some time, with controversies surrounding actors Johnny Depp and Ezra Miller, who play Gellert Grindelwald and Credence Barebone in the Fantastic Beasts movies, and creator JK Rowling, barely in the rear view.

But, as is the case in the Wizarding World itself, where there is dark, there is some light. In a recent interview with Variety, actor Ralph Fiennes, who plays powerful dark wizard Tom Riddle/Lord Voldemort in the last five Harry Potter movies, has said that he’d like to return.

When asked if he wants to play the character again, he said, “Sure, of course,” adding that there would be “No question about it.” Clearly, Fiennes enjoyed playing Lord Voldemort, which is plain to see on the screen — in short, he’s easily one of the best villains in cinema history.

We think we speak for all Harry Potter fans when we say that everyone would love to Fiennes reprise his role as “He Who Must Not Be Named” AKA “You-Know-Who”. However, the question is exactly when and where that might happen.

With the future of the Fantastic Beasts series looking grim, who knows what’s in store for the wider Wizarding World franchise where the silver screen is concerned, although it looks like a reboot of some kind could be imminent. Meanwhile, rumors of a live-action adaptation of West End production Harry Potter and the Cursed Child (2016) persist.

Director Chris Columbus, who directed the first two Harry Potter movies, previously expressed an interest in directing a live-action adaptation of Harry Potter and the Cursed Child. Recently, Daniel Radcliffe said that he isn’t ready to return to the Wizarding World anytime soon, however, actor Tom Felton said he’d like to reprise his character Draco Malfoy in the film, should it ever happen.

Either way, a film based on the play would be the best place for Ralph Fiennes to appear, given the fact that it features an “alternate” version of Lord Voldemort from the “Wizarding World multiverse”, if you will, as its two main characters, Scorpius Malfoy and Albus Potter, use a Time-Turner to meddle in past events.

Fiennes recently joined a number of other Harry Potter actors in defending Wizarding World creator JK Rowling against the ongoing whirlwind of backlash she has faced in light of her controversial tweets regarding gender identity, which has included a number of death threats.

Here’s what the actor told the New York Times:

“JK Rowling has written these great books about empowerment, about young children finding themselves as human beings. It’s about how you become a better, stronger, more morally centered human being. The verbal abuse directed at her is disgusting, it’s appalling. I mean, I can understand a viewpoint that might be angry at what she says about women, but it’s not some obscene, über-right-wing fascist. It’s just a woman saying, ‘I’m a woman and I feel I’m a woman and I want to be able to say that I’m a woman.’ And I understand where she’s coming from. Even though I’m not a woman.”

Hogwarts Legacy, the next installment in the Harry Potter universe will be released on February 10, 2023.

Would you like to see Ralph Fiennes return as Lord Voldemort? Let us know in the comments down below!