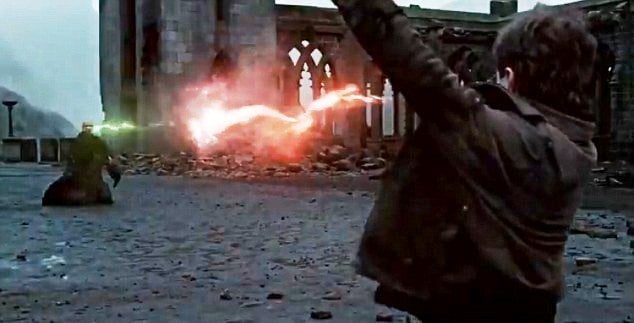 A Harry Potter star has issued their own comments on the current backlash and controversy facing J.K. Rowling.

J.K. Rowling, who is known for creating the Wizarding World in her iconic books that have since become films and even turned into theme park attractions at both Universal Orlando Resort and Universal Studios Hollywood, has faced quite a bit of controversy following comments she made that many fans considered to be “transphobic.”

Many stars from the franchise, including Daniel Radcliffe, Emma Watson, and Rupert Grint, have come out in opposition of Rowling’s comments, but many fans have been left divided. Rowling was not present at the 20-year-reunion and has essentially taken a backseat in the production and promoting of the latest projects surrounding the Wizarding World.

Now, Ralph Fiennes– who is known for his role as Lord Voldermort in the films– has come to the defense of the author.

Rowling has revealed that she has received death threats since the incident in 2019 and Fiennes calls the verbal abuse the author has received “disgusting.”  In several instances, the police has even been involved because of threats made through social media towards Rowling.

“J.K. Rowling has written these great books about empowerment, about young children finding themselves as human beings,” Fiennes told the New York Times. “It’s about how you become a better, stronger, more morally centered human being. The verbal abuse directed at her is disgusting, it’s appalling.”

“I mean, I can understand a viewpoint that might be angry at what she says about women,” he continued. “But it’s not some obscene, über-right-wing fascist. It’s just a woman saying, ‘I’m a woman and I feel I’m a woman and I want to be able to say that I’m a woman.’ And I understand where she’s coming from. Even though I’m not a woman.”

Fiennes also commented on “cancel culture” and said that the movement often “can’t work its way through the gray areas.”

“Righteous anger is righteous, but often it becomes kind of dumb because it can’t work its way through the gray areas. It has no nuance.”

In addition, Guests wanting to immerse themselves in the magic of the series can visit Diagon Alley and Hogwarts school at Universal Studios Hollywood and Universal Orlando Resort.

When he first heard about the role, Fiennes said he was a little skeptical. After thinking about it, however, he decided to accept.

What do you think of these comments about J.K. Rowling?