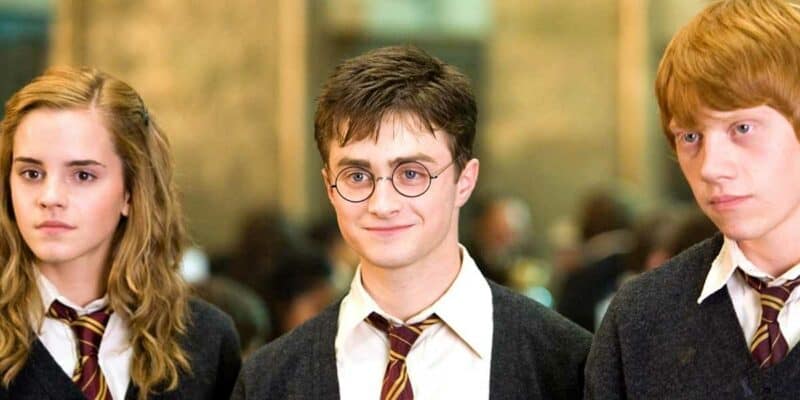 It’s almost as if the controversy surrounding the once wholly-beloved Harry Potter franchise is never-ending.

It seems like the Harry Potter stars can’t catch a break. After Harry Potter creator JK Rowling began making very vocal political statements on social media, the controversial British author created a huge uproar around her creation that has plagued the Wizarding World for years. And its very future could be in hot water.

Rowling’s comments have in fact created a schism among the existing Harry Potter actors, with relationships souring and even main Harry Potter stars Emma Watson (Hermione Granger) and Daniel Radcliffe (Harry Potter) publicly denouncing JK Rowling and her very vocal stance against trans rights. Conversely, actors like Jason Isaacs (Lucius Malfoy) have come forward in defense of Rowling. Not to mention the reports of fans boycotting the next installment in the Harry Potter franchise over allegedly anti-Semitic plotlines and the fact that JK Rowling would benefit financially from the project — and the future of the Wizarding World is not looking too bright.

Eddie Redmayne, who plays Hufflepuff and renowned Magizoologist Newt Scamander, star of the Fantastic Beasts series of movies, has come out in a recent interview saying that he has “love” for JK Rowling’s work on Fantastic Beasts and his demanding lead role:

They’re marathons… but I love the characters and love Jo’s work.

Despite openly disagreeing with JK Rowling’s anti-trans stance previously and admitting that his portrayal of a trans person in The Danish Girl (2015) was a mistake in hindsight, as well as considering himself an “ally of the trans community”, it appears that Redmayne still holds a level of respect for Rowling’s creative abilities despite seemingly disagreeing with her politics.

Additionally, Harry Potter’s Slytherin nemesis Draco Malfoy, who was played by Tom Felton, made several careful comments in an interview with The Independent recently. Previously “forbidden” from speaking about “She Who Must Not Be Named”, Felton now shares on the topic:

I mean, the obvious things to say are that I’m pro-choice, pro-discussion, pro-human rights across the board, and pro-love. And anything that is not those things, I don’t really have much time for.

He proceeds to minimize Rowling’s role in the movies specifically (to which he is most attached) saying:

It is also a reminder that as much as Jo is the founder of [these] stories, she wasn’t part of the filmmaking process as much as some people might think. I think I only recall seeing her once or twice on set.

The Independent then goes on to detail Felton’s overall non-committal stance on things, despite his “admiration and gratitude” for the writing of Rowling and the world she created — without which he would not have found success:

He is, however, keen to express his admiration and gratitude for Rowling’s writing, noting that she is “responsible” for stories that are beloved by people “of all ages, of all backgrounds”. “Honestly, with my friends, we all have differing opinions on various matters, and we celebrate our own choices,” he adds. “We certainly don’t take any pleasure in putting crosshairs on people that may have said things that we disagree with.”

Apparently, according to Express, the 35-year-old actor was “trolled” on social media as people interpreted his statements to be “defending” JK Rowling, swearing at and calling him a “crawling little snake”.

It’s clear that the need to weigh in on JK Rowling’s stance, plus the tainted reputation of the Harry Potter franchise is having some knock-on effects on the people attached to projects past and present. Rowling’s continued Twitter rants constantly put the stars under the spotlight, where they become obligated to “say the right thing” — as both silence and speaking out brings hatred. On top of all that, several actors might still be under contract — such as Eddie Redmayne who is still technically on the Warner Bros. payroll and likely involved in future Fantastic Beasts and Wizarding World movies.

From the actors themselves having to balance the fine line between acknowledging the success they’ve currently gained as a result of the Harry Potter film franchise with “saying the right thing”, to artists, creatives, and even game developers attached to existing projects also coming under fire — just like we reported previously, it’s likely that the Harry Potter universe as we know it is not long for this world.

What’s in the future for the Harry Potter and Wizarding World franchise?

Newly-merged Warner Bros. Discovery (themselves dealing with controversy as fans try to kick their CEO out) are not too happy with the Harry Potter film franchise and its most recent iterations, Fantastic Beasts: The Crimes of Grindelwald (2018) and Fantastic Beasts: The Secrets of Dumbledore (2022), with support potentially drying up after lackluster box office and critical responses.

Even though Warner Bros. have previously expressed both disappointment and support for JK Rowling, with all of this negative press from its author and her stance, the franchise continues to be embroiled in controversy — with film stars such as Johnny Depp and Ezra Miller dealing with their own lawsuits, drama, and mental breakdowns, it’s extremely likely that Warner Bros. would want to softly bury the franchise with a new “reboot” of sorts.

With online vitriol at an all-time high, another big controversy could absolutely set the already precarious Harry Potter franchise tumbling down. It’s no doubt that significant ripple effects would be felt in the Universal Studios theme parks as well, with its current theming explicitly tied to the existing iteration of the Wizarding World and the Harry Potter films, with rides like Harry Potter and the Forbidden Journey, Hagrid’s Magical Creatures Motorbike Adventure, Flight of the Hippogriff, and Harry Potter and the Escape from Gringotts.

Talks of the series being rebooted abound, but with the way things are going now, even attempting that in the current climate — with or without JK Rowling’s input — could spell disaster for the magical franchise.

What do you think is the future of the Harry Potter franchise? Share your thoughts in the comments below!