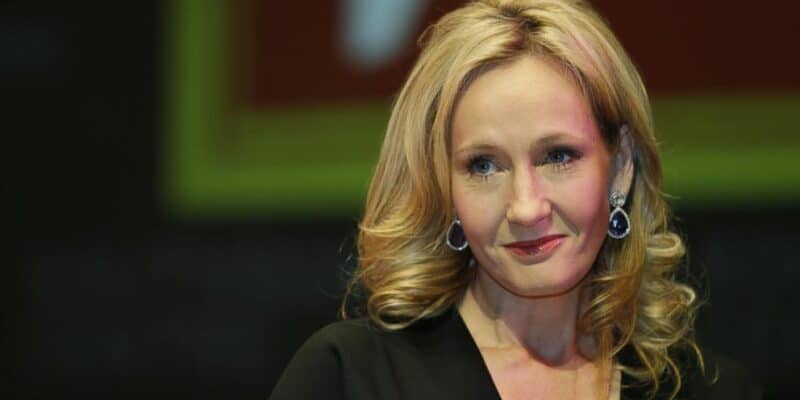 Famed Harry Potter author, J.K. Rowling, has finally broken her silence on why she skipped the Harry Potter reunion special on HBO Max.

The Harry Potter series has been fundamental to many people’s childhoods, so it was with some shock that fans did not see Harry Potter and Wizarding World writer J.K. Rowling at the star-studded reunion event, Harry Potter 20th Anniversary: Return to Hogwarts, that debuted January 1.

In an interview with Graham Norton on the Virgin Radio UK Show, Rowling speaks out regarding her absence from the 20th anniversary reunion special:

I was asked to be on that and I decided I didn’t want to do it.

To avoid confusion, the author then clarifies:

Related: “She Who Must Not Be Named” — ‘Harry Potter’ Star Reportedly Forbidden From Discussing JK Rowling

Rowling being asked to appear tells us that the people over at Warner Bros. and HBO have definitely remained consistent in their support of the controversial author, who has been particularly outspoken against trans rights, particularly those of transgender women.

J.K. Rowling was also asked if she still maintained a relationship with the Harry Potter films’ “young cast”, including the ones who have “spoken out about [her]”.

I have. Yes, I do. I mean, some more than others, but that was always the case. You know, some I knew better than others.”

Harry Potter leads Daniel Radcliffe (Harry Potter) and Emma Watson (Hermione Granger) have openly spoken out against what author J.K. Rowling has said, even penning several essays and issuing statements in support of the LGBTQ+ and trans rights movements. Radcliffe has famously stated “transgender women are women”, while Watson has said “trans people are who they say they are”.

J.K. Rowling subsequently doubled down on her beliefs, stating that she was not being transphobic.

Other groups have sought to distance themselves from the controversy, such as the inter-collegiate sport of Quidditch (now Quadball), while certain Harry Potter actors have instead stood by the author, mainly on the grounds of the charity work she’s done elsewhere.

What do you think of J.K. Rowling’s absence from the 20th Anniversary Harry Potter reunion special? Share your thoughts in the comments below!

The Wizarding World of Harry Potter is a themed land within the larger theme park Universal Studios, which houses such epic attractions as Harry Potter and the Forbidden Journey, housed in Hogwarts castle, Hagrid’s Magical Creatures Motorbike Adventure and Flight of the Hippogriff and the Three Broomsticks pub around the Hogsmeade area, while Diagon Alley boasts Harry Potter and the Escape from Gringotts and the Hogwarts Express train, as well as The Leaky Cauldron, Ollivanders Wand Shop, Weasleys’ Wizard Wheezes, Borgin and Burkes, Madam Malkin’s Robes for All Occasions, Wiseacre’s Wizarding Equipment and Florean Fortescue’s Ice Cream Parlour.

The next installment in the Harry Potter franchise is video game Hogwarts Legacy, coming out February 10, 2023.

Comments Off on “I Didn’t Want To Do It”, J.K. Rowling Explains Why She Avoided ‘Harry Potter’ Reunion Special