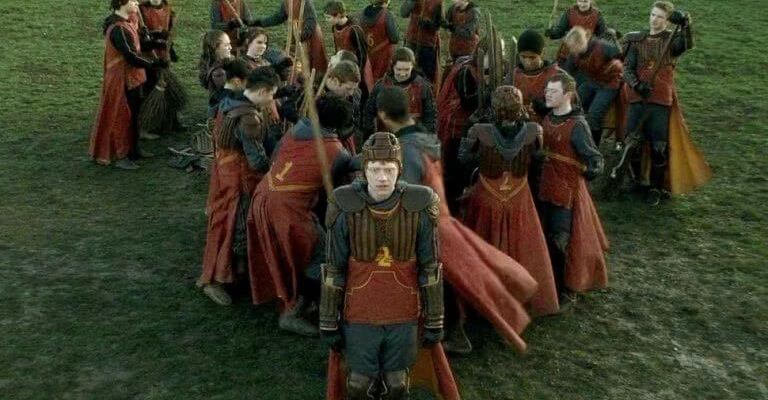 When author JK Rowling published “Harry Potter and the Philosopher’s Stone” in 1997, she not only spawned the sprawling Wizarding World based around an 11-year-old boy wizard called Harry, but she also introduced readers to the high-speed, adventurous flying sport known as Quidditch.

As the Harry Potter phenomenon grew, Quidditch became a recognized sport in the Muggle world in 2005 at Middlebury College in Vermont, but after 17 years, Quidditch will now officially go by a new name after the ongoing slew of criticisms against Rowling.

The Harry Potter series is one of the world’s biggest franchises. A popular book series turned live-action empire, the story of Harry Potter being whisked away to Hogwarts School of Witchcraft and Wizardry, befriending the bookish Hermione Granger and loyal Ron Weasley, dueling Draco Malfoy, and fighting against the dark wizard, Lord Voldemort, is a pop culture phenomenon.

The Warner Bros. series based on Rowling’s novels birthed the careers of Daniel Radcliffe, Emma Watson, and Rupert Grint, who starred as the beloved trio, Harry Potter, Hermione Granger, and Ron Weasley, respectively. What once only existed in the minds of readers, became reality when Harry Potter and the Philosopher’s Stone (2001) was released in the early 00s.

What happened then was unparalleled in the world of movie-making; a multi-billion dollar franchise, a spinoff series, multiple tie-in books and illustrated editions, and even a theme park based on The Wizarding World, including the Hogwarts castle, Hogwarts Express, and a life-size replica of Diagon Alley. And, of course, the broom-flying, Quaffle-throwing, Bludger-beating, and Golden Snitch-grabbing world of Quidditch.

A seemingly unstoppable franchise, the cracks began to show in Rowling’s magical world after increasing backlash over her remarks and opinions on the transgender community, a topic she has continued to discuss and stand firm on in recent years. This, tied with the allegations and firing of actor Johnny Depp from the Fantastic Beasts franchise, saw the latest installment, Fantastic Beasts: The Secrets of Dumbledore (2022), hit an all-time low for what was once Warner Bros.’s crown jewel, leading to a potential reboot of the entire series.

Now, in the latest blow to Rowling’s empire, sporting associations U.S. Quidditch and Major League Quidditch, have announced they will renounce the name Quidditch this week, changing the game name to Quadball after initially discussing rebranding options last year. They will now go by U.S. Quadball (USQ) and Major League Quadball (MLQ). The International Association of Quidditch (IAQ) will also follow suit, according to Variety:

“The IQA is very excited to be joining USQ and MLQ in changing the name of our sport and supporting this change across our members worldwide,” said Chris Lau, chair of the IQA Board of Trustees, in a statement. “We are confident in this step and we look forward to all the new opportunities quadball will bring. This is an important moment in our sport’s history, and I personally am thrilled to be a part of it.”

The name change was discussed last December, with the report stating two reasons for doing so: the Quidditch trademark being owned by Warner Bros. and to sever ties with the controversial author. The associations said last year:

“Our sport has developed a reputation as one of the most progressive sports in the world on gender equality and inclusivity, in part thanks to its gender maximum rule, which stipulates that a team may not have more than four players of the same gender on the field at a time,” U.S. Quadball and Major League Quadball said in a joint statement last year. “Both organizations feel it is imperative to live up to this reputation in all aspects of their operations and believe this move is a step in that direction.”

So, as more and more Harry Potter-affiliated organizations begin to distance themselves, the tarnished Wizarding World may never be the same. And while it may seem that Warner Bros. themselves have begun to move on from Rowling, the studio released a glowing statement about their longtime collaborator earlier this year.

Who knows what will happen next? Quidditch match…sorry, Quadball, anyone?

What do you think of Quidditch being renamed? Let us know in the comments down below!