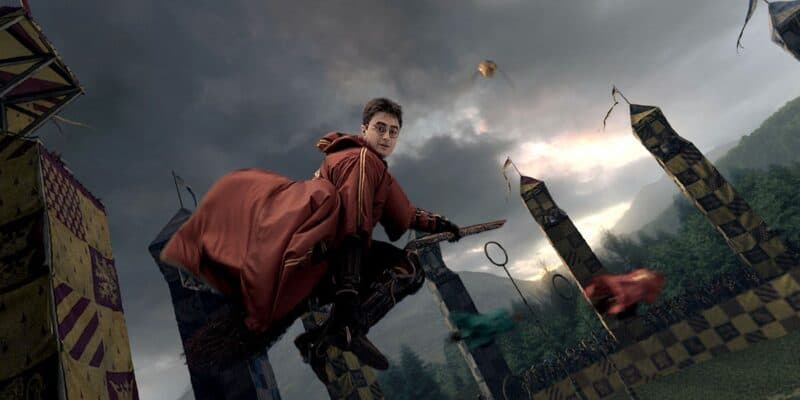 Despite introducing tens of millions of fans around the world to The Wizarding World of Harry Potter, author JK Rowling has become more known for her controversial political and social views than for the books and films that brought her Hogwarts characters to life.

Rowling has particularly come under fire for prior comments regarding transgender individuals, and Harry Potter franchise stars like Rupert Grint (Ron Weasley) and Danel Radcliffe (Harry Potter) have publicly distanced themselves from her.

Most recently, the famed British writer was not included in the 20-year Harry Potter reunion special, which celebrated the anniversary of Harry Potter and the Sorceror’s Stone (2001). Stars who did reunite for the HBO Max special event included core trio Grint, Radcliffe, and Emma Watson (Hermione Granger) alongside:

Now, U.S. Quidditch (USQ) and Major League Quidditch (MLQ) are taking drastic steps to dissociate from Rowling as well. The name of Quidditch — the popular flying broom sport played by many Hogwarts students — is nearly synonymous with the controversial “Harry Potter” writer.

An official USQ and MLQ press release reads, in part:

USQ and Major League Quidditch have begun the process of selecting a new name for the real-life version of quidditch. The leagues will conduct a series of surveys over the next few months to guide a decision regarding the new name.

“For the last year or so, both leagues have been quietly collecting research to prepare for the move and been in extensive discussions with each other and trademark lawyers regarding how we can work together to make the name change as seamless as possible,” said MLQ Commissioner Amanda Dallas.

Real-life quidditch was originally adapted from the Harry Potter book series in 2005 at Middlebury College in Vermont by Xander Manshel and Alex Benepe. Benepe is a proponent of a name change and expressed his support of the leagues’ actions.

At this time, it seems that the name change will only impact real-life Quidditch teams, not the Harry Potter IP. A timeline for when a new name for the sport will be selected has not been confirmed.

What do you think about the name of Quidditch officially changing?