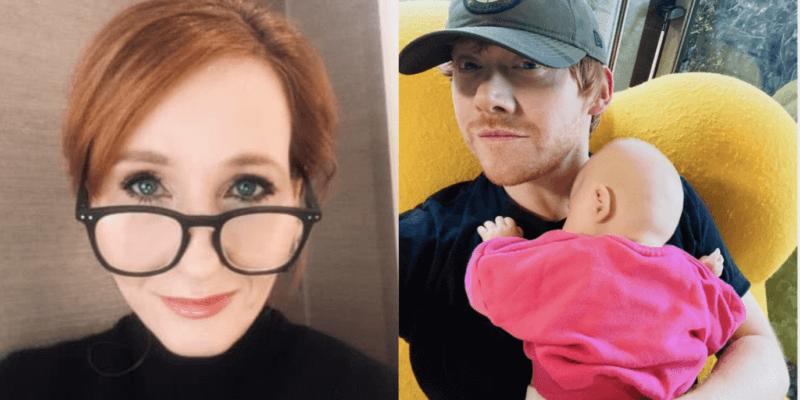 The day after Ralph Fiennes, who played Lord Voldemort in the Harry Potter films, gave an interview defending J.K. Rowling for her allegedly transphobic Tweets in 2020, another Harry Potter star spoke again about the issue.

Actor Rupert Grint, who played Ron Weasley in the Harry Potter Wizarding World saga gave an interview to Esquire during which he was asked about J.K. Rowling’s comments.

He explained that he appreciate Rowling’s work, but that doesn’t mean he agrees with everything she says.

“I am hugely grateful [for] everything that she’s done. I think that she’s extremely talented, and I mean, clearly, her works are genius,” Grint told the Esquire. ‘But yeah, I think also you can have huge respect for someone and still disagree with things like that.’”

He continued, explaining why he chose to publicly share his opinions now:

“I think to stay silent would have spoke,” Grint said. “Sometimes silence is even louder. I felt like I had to because I think it was important to. I mean, I don’t want to talk about all that… Generally, I’m not an authority on the subject. Just out of kindness, and just respecting people. I think it’s a valuable group that I think needs standing up for.”

In June of last year, Harry Potter author, J.K. Rowling posted certain divisive comments on Twitter that many within the transgender community — and the Harry Potter fan community — felt were transphobic in nature.

Harry Potter stars including Daniel Radcliffe and Emma Watson spoke out against Rowling’s commentary, while other actors like Robbie Coltrane and Fantastic Beasts star Eddie Redmayne defended the popular author.

In July 2020, Grint previously denounced the Harry Potter author during another interview.

It is certainly worth noting that J.K. Rowling received both backlash and support following her controversial social media posts.

What did you think of Rupert Grint’s comments? Are you still a fan of the Harry Potter franchise? Let us know in the comments.