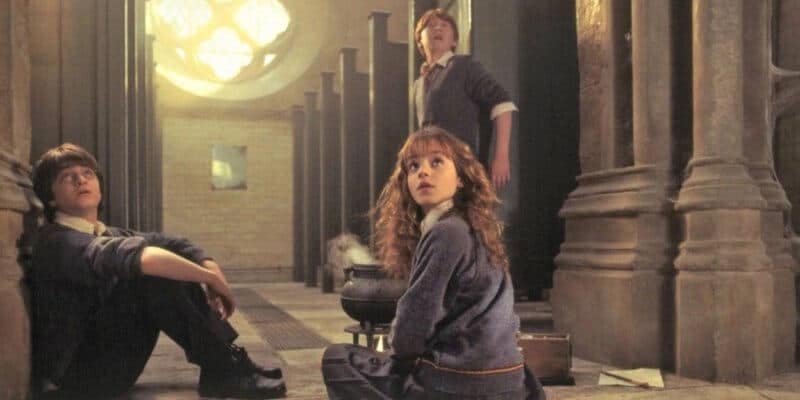 Now, the franchise’s core trio is reuniting for a special HBO Max event. Per Variety:

The original Hogwarts wizarding trio are reuniting to recount their adventures from two decades ago.

Daniel Radcliffe, Rupert Grint and Emma Watson will join filmmaker Chris Columbus and other cast members from all eight “Harry Potter” films for the first time in an HBO Max retrospective special to celebrate the anniversary of the franchise’s first film, “Harry Potter and the Sorcerer’s Stone,” which premiered 20 years ago today.

“Harry Potter 20th Anniversary: Return to Hogwarts” will premiere on HBO Max on New Year’s Day, Jan. 1, 2022. The feature will “tell an enchanting making-of story through all-new, in-depth interviews and cast conversations,” according to HBO Max. All eight of Warner Bros.’s original “Harry Potter” films are streaming on HBO Max.

This news is sure to excite Harry Potter fans who have spent a decade waiting to see the three popular actors — who grew up together onscreen — reunited for any type of event within the Wizarding World.

Variety shared that additional members of the original Harry Potter cast will return for the special event:

What’s next for Harry Potter?

Mads Mikkelsen (Rogue One: A Star Wars Story) will replace the actor, though he has spoken out about being unsure if Depp’s firing was “fair”.

One brief description of the upcoming Fantastic Beasts: The Secrets of Dumbledore (2022) reads:

The third installment of the ‘Fantastic Beasts and Where to Find Them’ series which follows the adventures of Newt Scamander.

Are you excited to see the Harry Potter cast reunite?

Comments Off on Original ‘Harry Potter’ Cast Is Officially Reuniting