Will the Upcoming 'Harry Potter' Installment Bring Back the Time-Turner? - Inside the Magic 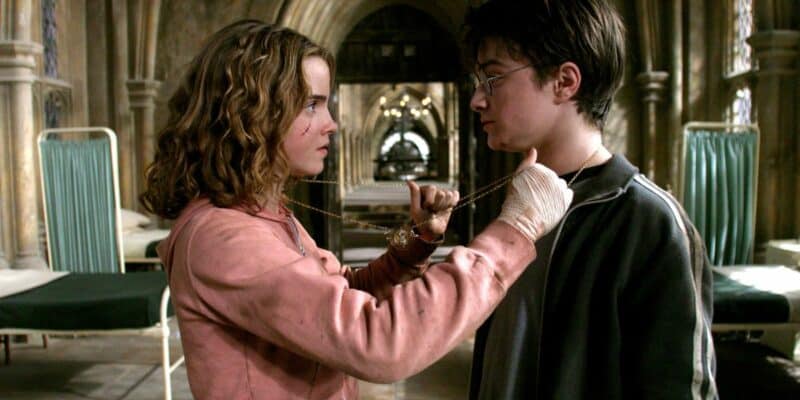 While the Wizarding World faces an uncertain future on the big screen, many of us have probably been left wishing we had a Time-Turner so that we could go back and erase the last couple of Fantastic Beasts entries from the Harry Potter franchise, seeing as they were critical and financial disappointments.

Unfortunately, though, the Time-Turner is as fictional as the Wizarding World itself. But maybe Warner Bros. is looking to use it themselves, as it could be the answer to all their problems, as they could use it to wipe the Fantastic Beasts films from canon. Either way, it looks like the Wizarding World could be heading for a major reset of some kind.

Previously, the Time-Turner has only ever been seen in Harry Potter and the Prisoner of Azkaban (2004) and the West End production Harry Potter and the Cursed Child (2016). In the Harry Potter movie, Hermione Granger (Emma Watson) uses it to attend multiple classes, while in the play, Scorpius Malfoy and Albus Potter use it to try and save Cedric Diggory.

But is it possible that the upcoming open-word game Hogwarts Legacy (2023) will feature its very own Time-Turner? After all, the game is set in the late 1800s, long before all Time-Turners are eventually destroyed, so it’s entirely possible that these devices were far more accessible during this period, whether it’s at the Ministry of Magic or elsewhere in the Wizarding World.

While players will already have plenty of power, from learning how to brew magical potions to mastering an array of powerful spells and combat moves, having a Time-Turner would add that extra bit of magic to the Hogwarts Legacy experience.

Not only that, but if players are expected to juggle their education at Hogwarts School of Witchcraft and Wizardry with a dangerous Wizarding World quest, a Time-Turner would definitely come in handy!

Unfortunately, though, nothing about Time-Turners is mentioned on the official Hogwarts Legacy website or in any of the marketing, but here’s to hoping it’s one of the game’s many kept secrets. And seeing as you can’t play Quidditch in the game, the least the developers could do is let you time travel!

However, while players probably won’t be able to travel through time, they will be able to choose their destiny and become either a good witch or wizard or a dark one. The game is also said to have a number of different endings, depending on the choices you make throughout the game.

Hogwarts Legacy isn’t considered canon with the Harry Potter movies and the Fantastic Beasts movies, however, Wizarding World creator JK Rowling has been involved with the creation of the game to some extent, which has led to a small number of Harry Potter fans threatening to boycott the game upon its release.

Would you like to use the Time-Turner in Hogwarts Legacy? Let us know in the comments down below!

Comments Off on Will the Upcoming ‘Harry Potter’ Installment Bring Back the Time-Turner?