Will There Be a New Dark Wizard In Next Year's ‘Harry Potter’ Installment? - Inside the Magic 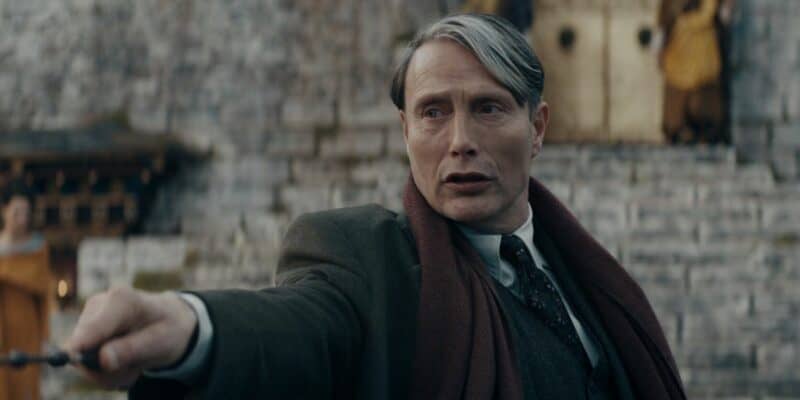 There’s quite a bit of unrest in the Wizarding World lately, but while Warner Bros. decides what to do with the Fantastic Beasts spin-off series following disappointing reviews and box office returns, the future still holds plenty of excitement for Harry Potter fans.

February will see the arrival of the highly-anticipated open-world game Hogwarts Legacy (2023), which is the first game in the Harry Potter franchise that will allow players to explore in full the Wizarding World made famous in both the books and the films.

Iconic Wizarding World locations include the Forbidden Forest, Hogsmeade Village, Diagon Alley, and, of course, Hogwarts School of Witchcraft and Wizardry, as well as its surrounding grounds, including the Grey Lake, and never-before-seen areas far beyond.

Hogwarts Legacy takes place sometime during the late 1800s, so you won’t be playing or interacting with any familiar characters from the Harry Potter timeline, with the exception of certain ghosts, and undoubtedly ancestors to well-known characters.

Your character will receive a “late letter of enrollment” to Hogwarts, so you’ll have a lot of catching up to do where your education is concerned. However, the main story will see you trying to thwart a Goblin rebellion, while also uncovering dark secrets about the Wizarding World.

But will the new Harry Potter installment introduce another dark wizard, just like Harry Potter features Tom Riddle/Lord Voldemort, and the Fantastic Beasts series features Gellert Grindelwald? Well, it’s actually a little bit more complicated than that (but in a good way).

Not only will players be able to choose their Hogwarts house in the game (which is something you can do ahead of its release), you’ll also be able to fully customize your character from the offset. But forging your Wizarding World journey doesn’t end there.

As the game states, you will “live the unwritten”, which means that you’ll be able to grow as an individual witch or wizard, learning to master powerful spells as you go (including the Unforgivable Curses), all the while partaking in the game’s “morality system”.

You’ll encounter quests, scenarios, and storylines that will pose difficult choices, and the way you respond will determine what kind of witch or wizard you’ll become. The game also has more than one ending, each of which will be a consequence of the decisions you make.

In other words, the next dark wizard could be you.

Hogwarts Legacy looks like a Harry Potter fan’s dream come true (even if you can’t play Quidditch). The last two Fantastic Beasts movies might not have impressed anyone all that much, but JK Rowling‘s Wizarding World is here to stay (much to the dismay of some fans who have threatened to boycott the game upon its release).

Will you choose a dark path in Hogwarts Legacy? Let us know in the comments down below!