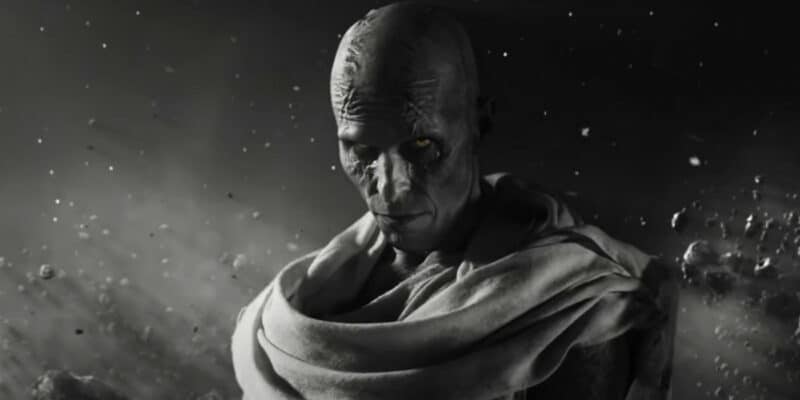 For a long time, the Marvel Cinematic Universe wasn’t known for its memorable villains. In more recent years, however, we’ve seen a number of interesting villains such as Adrian Toomes/The Vulture (Michael Keaton) and Thanos (Josh Brolin) enter the fold. But suddenly, there are a number of creepy villains in the MCU too.

The movies some of them are in might be considered some of the worst installments in the MCU, but others just so happen to belong to the best the MCU has to offer. Either way, given that it’s the spooky season, there’s no better time to look at some of the creepiest villains in the MCU, and here they are, ranked from worst to best…

It wouldn’t be a stretch to suggest that Avengers: Infinity War (2018) is often overshadowed by its successor Avengers: Endgame (2019). Although, with that said, we think they’re equally brilliant, and we can’t wait for the day when they’re both cut together as one epic MCU installment (this definitely needs to happen).

But as the 2018 film is the first part of the epic Infinity Saga conclusion, and given that so much happens in the 2019 follow-up, it’s all too easy to forget Thanos’ lieutenants, which includes the character Ebony Maw (Tom Vaughan-Lawlor), who is by far one of the creepiest-looking villains in the entire MCU.

Ebony Maw doesn’t last very long in Avengers: Infinity War, but a past version of him does return in Avengers: Endgame. Either way, the next time you rewatch these films, you’ll probably appreciate just how unsettling he is, whether it’s his overall design, his eerily elegant movements, or all of the above! We shudder just thinking about him…

Avengers: Age of Ultron (2015) might be the weakest of the four Avengers movies, but there’s no denying that Ultron (voiced by the brilliant James Spader) is a great villain, and easily one of the most unsettling in the entire Marvel Cinematic Universe.

The idea of artificial intelligence becoming self-aware is a terrifying thought — just look at the Terminator movies — but when you throw James Spader’s chilling voice into the mix, you have a villain who will leave you feeling unnerved whenever he’s on the screen.

With all that said, with the US version of The Office (2005 — 2013) having since become one of the most binge-watched shows of all time, it’s a little tricky to listen to Ultron without hearing the voice of James Spader’s Dunder Mifflin CEO Robert California/Bob Kazamakis!

Fortunately, Robert California himself is a little creepy, though his voice is strangely alluring and captivating, which could be the reason he was cast as Ultron in the first place! Either way, Ultron is definitely one of the more memorable MCU villain, although it probably has less to do with the fact he’s a sentient AI being, and more to do with those vocal cords.

Even upon re-watching, Spider-Man: No Way Home remains a surreal experience, because none of us ever thought we’d see Tom Holland (Peter Parker/Spider-Man) share the screen with Tobey Maguire and Andrew Garfield, who both reprise their own versions of the web-slinger.

It’s also great fun to see villains from non-MCU Spider-Man movies enter the fold, such as Max Dillon/Electro (Jamie Foxx) and Dr. Otto Octavius/Doctor Octopus (Alfred Molina). But none are quite as satisfying to watch as Willem Dafoe’s Dr. Normal Osborn/Green Goblin.

Peter Parker/Spider-Man (the Tom Holland version, that is) is at first determined to help the Spidey villains return to their rightful places across the Multiverse, and it’s quite nice to see Osborn seemingly turn over a new leaf as he becomes agreeable to Peter’s plans.

But, of course, we should have known better, as Osborn is the Green Goblin, always and forever. And even before he kills Aunt May (Marisa Tomei), he’s a terrifying force of nature — perhaps more so than he ever was in Sam Raimi’s first Spider-Man movie (2002).

2. Wanda Maximoff/Scarlet Witch — Doctor Strange in the Multiverse of Madness

There’s something quite tragic about putting Wanda Maximoff/Scarlet Witch (Elizabeth Olsen) on a list of creepy MCU villains — or villains at all, for that matter. But then tragic is the life of poor Wanda, who has experienced so much loss since joining the Avengers (and plenty beforehand too).

Wanda Maximoff is by far one of the more interesting and complex female characters in the MCU, but it’s really Elizabeth Olsen’s performance in Doctor Strange in the Multiverse of Madness (2022) in which she’s truly allowed to shine — for all the wrong reasons, of course!

At first, it’s great fun to watch Scarlet Witch flex her muscles and give Doctor Strange and Wong (Benedict Wong) a run for their money, but she quickly becomes unexpectedly terrifying — there are eyes appearing in puddles, hands reaching out of the darkness, and even a contorted, bone-cracking Scarlet Witch!

It doesn’t just end there, though — once she enters the Multiverse, Scarlet Witch takes control of another version of Wanda, and somehow, she winds up being even more terrifying as a blood-splattered soccer mom than she ever was in her Scarlet Witch attire! And the scene in which she stalks the heroes through dark tunnels is particularly unnerving.

Even Marvel fans who absolutely hate Thor: Love and Thunder (2022) will likely agree that Gorr the God Butcher (Christian Bale) is one of the best things about the movie. While many argue that director Taika Waititi takes the comedy way too far in the latest installment, and that the film is tonally inconsistent, Gorr is definitely a saving grace.

Bale chews the scenery as Gorr the God Butcher, and while we’re obviously rooting for Thor (Chris Hemsworth), Jane Foster/Mighty Thor (Natalie Portman), Valkyrie (Tessa Thompson), Korg (Taika Waititi), and all the children of New Asgard, we also empathize with Bale’s character, and understand his motivations.

Gorr enjoys some dazzling visuals in the film, particularly the scene in which mostly everything turns black and white. However, one of his more memorable and nightmarish moments is when he’s taunting the children of New Asgard while perched in the corner of their cosmos-dwelling, skeleton-like prison.

Perhaps it’s a little unfair to simply label him as just a creepy MCU villain, though — like Wanda Maximoff/Scarlet Witch, Gorr the God Butcher is quite complex and very humanized. In fact, it’s the latter that’s the driving force behind his wicked ways. Nevertheless, Gorr is deeply unsettling — even in what is essentially a superhero action comedy.

Which of these MCU villains do you think is the creepiest? Let us know in the comments down below!

Comments Off on The Creepiest Villains In the Marvel Cinematic Universe