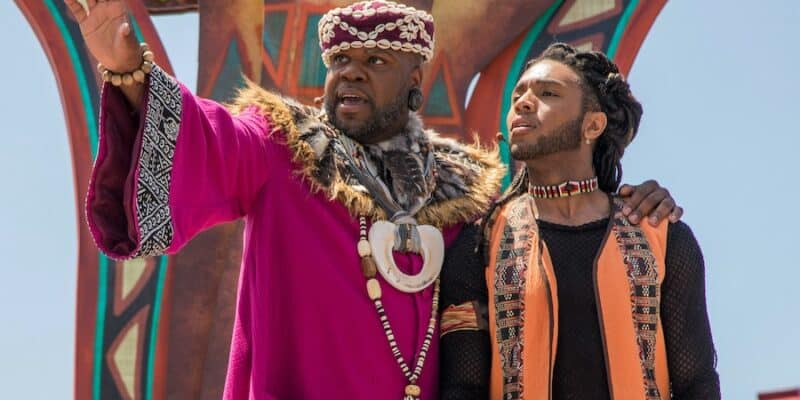 This article has been updated since the original publishing date.

Disneyland Resort is home to timeless classic attractions, innovative new experiences, delicious dining offerings, beloved characters, and world-class entertainment. However, to maintain a creative status and ensure the best experience for all Guests whenever they visit the Park, Disneyland is constantly changing and innovating.

While these changes mean sometimes Guests must say goodbye to popular lands, attractions, and even live entertainment offerings, Disney just extended the performing season for a fan-favorite show.

Guests will be able to enjoy the stunning live musical, Tale of the Lion King, which brings storytelling, songs, and dances from the 1994 Disney film The Lion King to the Fantasyland Theatre, for at least another week!

As of the original publishing date of this article, on August 12, Disneyland’s official website stated that this live musical would have its last performance on August 27, as the site showed “no times available” starting on August 28.

However, the site was recently updated, adding another week of performances to sing along to “Hakuna Matata” and many other beloved songs! As of August 14, Disneyland’s official website states that this live show will continue to perform at the Fantasyland Theatre until September 3.

At the moment, it is uncertain if Disneyland will add more performances after September 3. Inside the Magic will update you as more information is released by the Park.

Originally performing at Disney California Adventure, Tale of the Lion King tells the story of how the now-famous lion cub, Simba, became a king through “dialogue, song, dance, and percussion.” Tale of the Lion King found a new home at the Fantasyland Theatre as the show returned on May 28 after the Park’s closure due to the COVID-19 pandemic.

This popular show had a short hiatus after several Cast Members tested positive for COVID-19. As an abundance of caution, Disneyland officials decided to temporarily stop presentations of this show from June 2 to June 10, resuming the show’s schedule on June 11.

The official Disneyland website describes this stunning show as follows:

Celebrate The Lion King with an uplifting live show that features storytelling, music and dance.

Rediscover Simba’s journey—from timid cub to mighty king—as you have never experienced it before.
Narrated by the Storytellers of the Pride Lands, Simba’s rise to royalty is presented in a unique, theatrical style—with live music and dance inspired by the cultural roots of this timeless story. The stirring tale of Simba, Nala, Mufasa, Scar, Timon and Pumbaa features new arrangements of treasured songs, including “Circle of Life,” “Hakuna Matata” and “Can You Feel the Love Tonight.”

With all-new staging at the Fantasyland Theatre, it’s heartfelt entertainment for the whole family!

This tale will transport Guests to the Pride Lands and honor aspects of Black culture interwoven into the story and music of Disney’s The Lion King (1994).

At Disneyland, there is so much for Guests to enjoy! Walking up to Sleeping Beauty Castle is always a dream, especially when you get to go inside and relive the story of Aurora and Maleficent. Riding classics like “it’s a small world,” Pirates of the Caribbean, Mr. Toad’s Wild Ride, The Haunted Mansion, Matterhorn Bobsleds, Splash Mountain, and more will have you feeling the magic and craving a churro! Toontown is currently gearing up for a massive change which will be revealed in 2023 with the reopening of the land and the debut of Mickey and Minnie’s Runaway Railway. At Disneyland, Guests can now enjoy Star Wars: Galaxy’s Edge for some blue milk or green milk and ride Rise of the Resistance and Smuggler’s Run.

And Disney California Adventure has so much to see and do! Guests can enjoy Buena Vista Street as they walk the roads Walt had in Hollywood, enjoy a hand-dipped corn dog at Award Wieners, and Head to Cars Land to enjoy the neon signage and Radiator Springs Racers. Fans of the MCU can visit Avengers Campus and join their favorite superhero on exciting missions on WEB SLINGERS: A Spider-Man Adventure and Guardians of the Galaxy – Mission: BREAKOUT! Guests can also enjoy the Pixar Pal-A-Round on a swinging or non-swinging gondola, learn to fly at Goofy’s Sky School, rock on the Silly Symphony Swings, and catch Jack-Jack on Incredicoaster! The list of rides and attractions never ends!

Have you enjoyed the Tale of the Lion King at Disneyland? Let us know in the comments below!