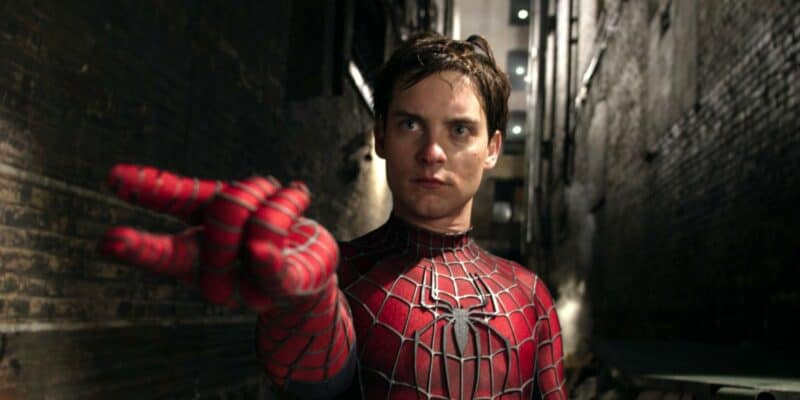 Before Kevin Feige’s Marvel Cinematic Universe kicked off with Jon Favreau’s Iron Man (2008) — introducing Marvel fans to the MCU’s version of Tony Stark/Iron Man (Robert Downey, Jr.) and launching the super hero universe that has changed cinema — there were other Marvel films, including Tobey Maguire’s Spider-Man trilogy made by Sony Pictures between 2002 and 2007.

Although Maguire made his MCU debut — along with another former Spider-Man actor, Andrew Garfield — in Spider-Man: No Way Home (2021), fans have been clamoring for a fourth solo Spidey film starring the actor.

While there’s been no confirmation that the project is actually happening, fans can at least enjoy the entire Maguire trilogy on the Disney-owned Hulu streaming service starting today, August 1, 2022. Many viewers would argue that these are among the best movies in the entire Marvel catalog, so this is great news for fans of the franchise.

At that time, an article pointed out, both 20th Century Studios films have garnered their fair share of controversy over the years:

Both of these movies have vocal critics and people who absolutely love them. With both the Fantastic Four and the mutants on the horizon for the MCU, it’s probably important for Marvel to get fans more familiar with the characters. It might not seem like people would need reminding about Marvel’s first family or the X-Men, but it’s been years since either property had a treatment on the big screen.

As for Jackman’s future as Wolverine, there were rumors that he would appear in Doctor Strange In the Multiverse of Madness (2022), but these reports did not come to fruition.

Are you excited to see these Marvel movies land on Hulu?