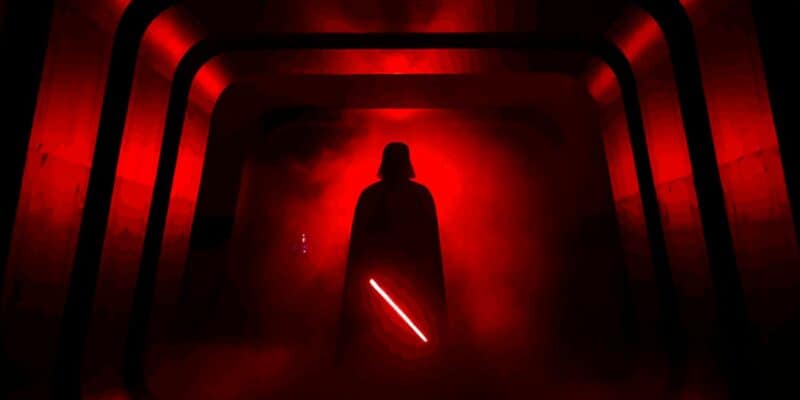 Disneyland has been a place for fans of the Star Wars franchise to live their own intergalactic adventure since the opening of Star Tours – The Adventures Continue in 1987, and now with the possibility to explore the Black Spire Outpost in Star Wars: Galaxy’s Edge to live a new and exciting journey. However, Guests may find more Star Wars in unexpected places in the Park.

David Vaughn (@davidvaughn) recently posted a video on Instagram detailing how Indiana Jones Adventure has a hidden Star Wars detail. As Guests venture into the Temple of the Forbidden Eye, they can hear the Idol of Mara, voiced by no other than Hollywood legend James Earl Jones, who also plays Darth Vader in the Star Wars franchise and Mufasa in The Lion King franchise. You can click here to see the video.

And as if that wasn’t enough, since Dr. Indiana Jones is played by Harrison Ford, who also plays Han Solo in the Star Wars franchise, Guests can encounter the daring scoundrel in this attraction as well, at least in a way.

We can’t wait to check this hidden detail out on our next visit to The Happiest Place On Earth!

At Tomorrowland, fans of the Star Wars franchise can travel across the galaxy aboard Star Tours – The Adventures Continue and visit The Star Traders after their travels to find Star Wars-themed treasures and Disneyland merchandise. At Star Wars: Galaxy’s Edge, Guests can enjoy the two attractions Black Spire Outpost offers, Millennium Falcon: Smugglers Run and Star Wars: Rise of the Resistance. Batuu is also home to Dok-Ondar’s Den of Antiquities, Docking Bay 7 Food and Cargo, Savi’s Workshop, and Oga’s Cantina. Guests can also interact with Rey, Chewbacca, Vi Moradi, an exclusive character of Galaxy’s Edge, Kylo Ren, and even First Order Stormtroopers. And thanks to a recent announcement, Guests can meet Boba Fett (Temuera Morrison) and mercenary Fennec Shand (Ming-Na Wen) currently at Disneyland, with Din Djarin (Pedro Pascal), known as the Mandalorian and Grogu coming to the Park at a later date. This opens a whole galaxy of possibilities, as Guests will be able to meet and interact with different characters from the ever-expanding Star Wars universe as they roam the Black Spire Outpost at Star Wars: Galaxy’s Edge!

Disneyland Park is currently making significant improvements to several attractions. Tarzan’s Treehouse is still waiting for a complete reimagining. Toontown is also gearing up for a massive change that will be revealed in 2023 with the reopening of the land and the debut of Mickey and Minnie’s Runaway Railway. However, there is still so much for Guests to enjoy! Disneyland is home to many timeless classic attractions like Peter Pan’s Flight, The Haunted Mansion, “it’s a small world,” Matterhorn Bobsleds, and so many more! Pirates of the Caribbean, one of the Park’s most popular attractions, recently reopened its doors, taking Guests on a swash-buckling excursion with plundering pirates.

And there is so much to see and do at Disney California Adventure Park! Guests can enjoy Buena Vista Street as they walk the roads Walt had in Hollywood, enjoy a hand-dipped corn dog at Award Wieners, and Head to Cars Land to enjoy the neon signage and Radiator Springs Racers. Fans of the MCU can visit Avengers Campus and join their favorite superhero on exciting missions on WEB SLINGERS: A Spider-Man Adventure and Guardians of the Galaxy – Mission: BREAKOUT! Guests can also enjoy the Pixar Pal-A-Round on a swinging or non-swinging gondola, learn to fly at Goofy’s Sky School, rock on the Silly Symphony Swings, and catch Jack-Jack on Incredicoaster! The list of rides and attractions never ends!

Have you noticed this hidden detail in Indiana Jones Adventure? Let us know in the comments below!

Comments Off on Did You Know About the ‘Star Wars’ Easter Egg In This Popular Disneyland Attraction?