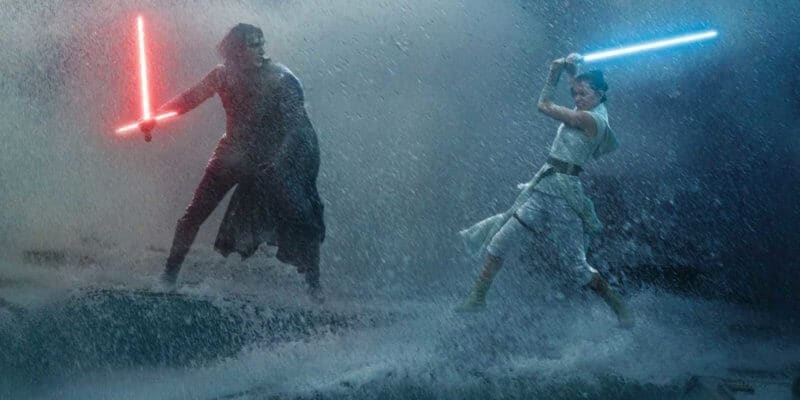 If you’re excited about the debut of Jurassic World: Dominion on Friday, June 10, 2022, it turns out you owe a lot to Colin Trevorrow’s scrapped Star Wars: Episode IX movie.

As it turns out, however, if Trevorrow’s original concept for the Star Wars film hadn’t been tabled, Dominion might have looked very different. In a recent interview, the Safety Not Guaranteed director shared:

“What I appreciate about having worked on Star Wars is that I really got a practice run at making a new version of something we loved when we were kids and bringing it to a satisfying conclusion. So I felt like I got a master’s degree in that, during that time. And I took so much of what I learned, and also so many of the people who I worked with — Kevin Jenkins was our production designer on this. So many people who I met on that project came over and worked on Dominion, so I can’t feel anything but good about it, because it allowed us to make the film we made now.”

Given the impact that the Star Wars production team has seemingly had on Dominion, it will be interested for fans of both popular movie franchises to finally see the culmination of Trevorrow’s efforts this week. One article even referred to his scrapped Star Wars film as a “valid tradeoff” for the Jurassic series conclusion.

As for Star Wars fans, it is unknown if the Skywalker Saga will ever continue with Episode X. There are, though, several other films on the Lucasfilm production schedule, including Patty Jenkins’s Star Wars: Rogue Squadron and both Taika Waititi and Kevin Feige’s Star Wars projects.

More on Star Wars: Episode IX – The Rise of Skywalker

The official description of The Rise of Skywalker reads:

Lucasfilm and director JJ Abrams join forces once more to take viewers on an epic journey to a galaxy far, far away with Star Wars: The Rise of Skywalker. Experience the riveting conclusion of the landmark Skywalker saga, in which new legends will be born — and the final battle for freedom is yet to come.

The official description of Dominion reads:

This summer, experience the epic conclusion to the Jurassic era as two generations unite for the first time. Chris Pratt and Bryce Dallas Howard are joined by Oscar®-winner Laura Dern, Jeff Goldblum and Sam Neill in Jurassic World Dominion, a bold, timely and breathtaking new adventure that spans the globe.

From Jurassic World architect and director Colin Trevorrow, Dominion takes place four years after Isla Nublar has been destroyed. Dinosaurs now live—and hunt—alongside humans all over the world. This fragile balance will reshape the future and determine, once and for all, whether human beings are to remain the apex predators on a planet they now share with history’s most fearsome creatures. Jurassic World Dominion, from Universal Pictures and Amblin Entertainment, propels the more than $5 billion franchise into daring, uncharted territory, featuring never-seen dinosaurs, breakneck action and astonishing new visual effects.

Are you looking forward to the summer’s first blockbuster?