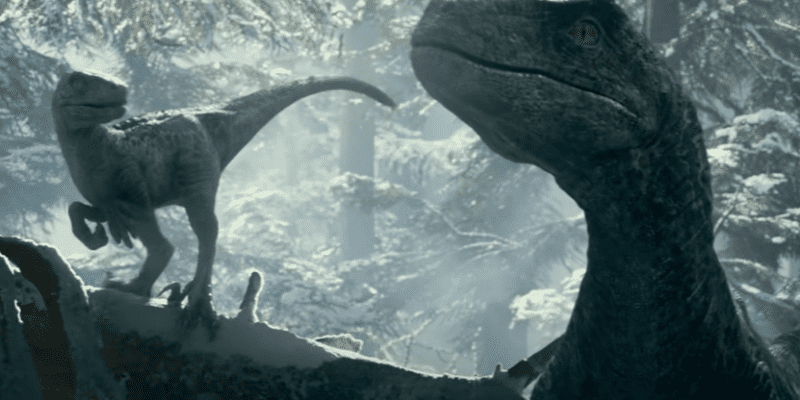 Jurassic World Dominion (2022) is just a matter of weeks away from roaring into theaters.

If you’re a dino-lover and a fan of the beloved franchise, you’re going to want to check out the latest interactive experience recently launched by Universal Pictures in preparation for the film.

The website, dinotracker.com, is made as if it is in the universe of Jurassic World, meaning that dinosaurs are now roaming free across the world. The website provides real-time tracking of dinosaurs across the planet, including Mososaurus, T-Rex, Velociraptors, and much more.

In addition, the website has many advisements from the Department of Prehistoric Wildlife on what to do should you encounter a dinosaur. The tracker warns that dinosaurs are highly desirable for “illegal cloning operations” and “black market dealers.”

“There are dinosaurs all around the world. As these animals are highly desirable to illegal cloning operations, black market dealers, and breeders, many embryos and fully matured dinosaurs have been shipped around the globe as a result,” the website reads.

In addition, the Department of Prehistoric Wildlife does not recommend capturing or trying to domesticate any species of dinosaur. While some may appear gentle, they are wild animals. Please treat them with respect and caution. You can report your sightings on social media using #DINOTRACKER.

The interactive website is sure to be a big hit for Jurassic World fans as they wait for the upcoming film.  Jurassic World Dominion takes place four years after Isla Nublar has been destroyed. Dinosaurs now live—and hunt—alongside humans all over the world. This fragile balance will reshape the future and determine, once and for all, whether human beings are to remain the apex predators on a planet they now share with history’s most fearsome creatures.

While the plot for the film has not been released, the website could be at the very least a teaser towards possible spoilers for the movie. Could it be that Owen Grady and Claire Dearing are charged with tagging as many dinosaurs as possible for tracking? Are they the ones who end up founding the “Department of Prehistoric Wildlife?” Could it be that Alan Grant, Dr. Ian Malcolm, and Dr. Ellie Sattler are involved in setting up the organization?

While the website could just be a fun interactive tool for fans to enjoy, it also could be a potential early look at the premise of what the anticipated movie will be based on.

What do you think of the new Jurassic World interactive website? Let us know in the comments!