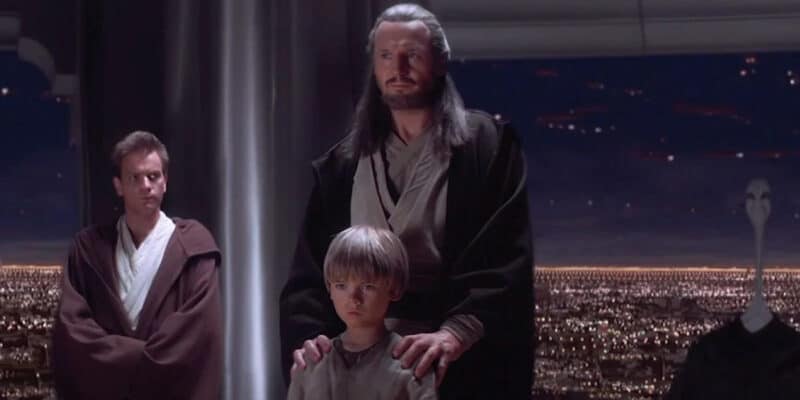 A new animation series was just announced by Lucasfilm to be premiering later this year and it’s about the Jedi from the Prequel era.

Tales of the Jedi is a brand new series coming this fall to Disney+ which was announced yesterday at Star Wars Celebration:

Tales of the Jedi is an anthology of Original animated shorts, each story featuring Jedi from the prequel era, streaming Fall 2022 only on @DisneyPlus.

Tales of the Jedi is an anthology of Original animated shorts, each story featuring Jedi from the prequel era, streaming Fall 2022 only on @DisneyPlus. pic.twitter.com/yHAyCAxuBM

The series is confirmed to have six shorts with three focused on Ahsoka and the other three on Count Dooku before he turned to the Dark Side. The trailer shown at Star Wars Celebration wasn’t released online, but fans have confirmed that Mace Windu, Yaddle, Obi-Wan Kenobi, Anakin Skywalker, and Qui-Gon Jinn were in the trailer meaning that the series will have a lot of familiar Jedi in the series.

Another surprising fact is that the animation style is very similar to Clone Wars animation which is very exciting as a lot of Star Wars fans haven’t liked the other animation styles Lucasfilm has used in the past for series like Rebels and Resistance.

Based on concept art shown at the event, fans will get to see Ahsoka as a little child in her village when her family learns about her connection to the force so it seems that fans will get to see Plo Koon take Ahsoka back to the Jedi Temple in the series. Another piece of concept art shows Ahsoka training with Phase 1 Clone Troopers and being watched by Mace Windu, Plo Koon, Kenobi, and Skywalker.

Another concept art shows an older Ahsoka facing off with an Inquisitor in a village. This will be interesting to see because the series focuses on Jedi and at this time, Ahsoka didn’t consider herself to be a Jedi anymore after leaving the Jedi Order. This stance is made clear when Ahsoka fought Darth Vader and told the Dark Lord of the Sith that she was no Jedi before fighting him on Malachor.

It could be that the episode explores why Ahsoka doesn’t see herself as a Jedi, but that the village sees herself as a Jedi which is why the Inquisitor arrives. It’s hard to say what exactly will happen in the series, but it’s interesting that an episode of the series will focus on Ahsoka after she has left the Jedi Order.

For a lot of fans, it’s been fun seeing other characters like Din Djarin and Boba Fett in live-action, but that doesn’t mean fans don’t want to see more of the Jedi and this new series is definitely great news for any fans of The Clone Wars or the Prequels.

While this series focuses a lot on the Prequels, early rumors about the series had the show focus on Jedi from the Old Republic era, which is an era Lucasfilm has avoided since Disney has taken over. This era pits Jedi and Sith against each other while also including the war against the Jedi and Mandalorians so there are a lot of interesting characters from this time period such as Revan and Satele Shan.

Tales of the Jedi was also an anthology comic series that focused on eight different Jedi from the Old Republic. While the series wasn’t a fan favorite, it was still very cool to see all the different perspectives of the Jedi Order when things weren’t looking too great for the Jedi with the Sith Empire trying to take over the galaxy.

When reports of a new series called Tales of the Jedi came out a few weeks ago, fans thought this would be Star Wars’ first step towards exploring this era, but it seems that Star Wars would rather take the name for the new series.

Fans won’t complain about getting new content about the Jedi from the Prequel era, but it’s still disappointing that Star Wars won’t give fans any content set in this era. Hopefully, Star Wars will get around to making a series set in the Old Republic era soon because fans are a bit tired of series like Rebels and Clone Wars making references to the era with weapons like the Darksaber.

Do you think Star Wars needs to make a series focused on the Old Republic? Let us know what you think!

Star Wars may be about a galaxy far far away, but it’s full of amazing stories and characters. Fortunately, those stories continue to be made as Lucasfilm promises to tell character-driven stories in Obi-Wan Kenobi, Andor, Ahsoka, The Acolyte, and of course The Mandalorian. While the Disney+ series has become the new norm for Star Wars,  Taika Waititi is making a movie, and of course, Patty Jenkin’s Rogue Squadron is in the works.