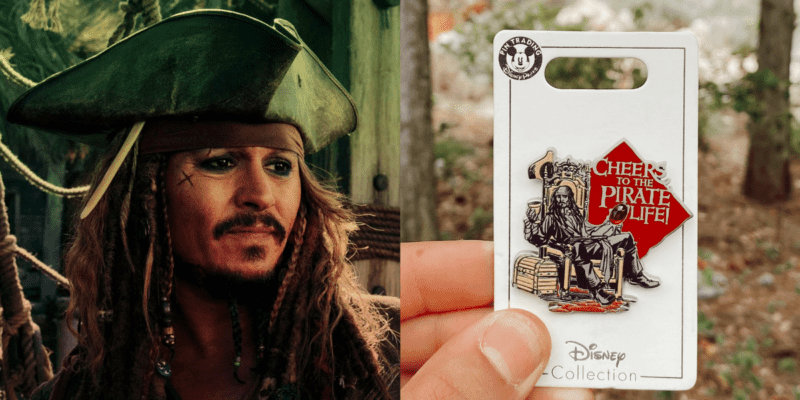 Pirates of the Caribbean franchise is undoubtedly one of the most iconic film series of the 21st century, and saying that a new actor would helm the series is like saying Michael J. Fox isn’t allowed to return as Marty McFly for a further Back to the Future (1985) movie.

While speaking with The Sunday Times, Bruckheimer confirmed that they’re actively working on two Pirates 6 scripts; one with actress Margot Robbie and one without. When asked if Captain Jack Sparrow would return, Bruckheimer responded:

Pirates franchise creator Jerry Bruckheimer, who’s been with Johnny Depp’s Captain Jack character since the beginning, just confirmed that “they are developing a script” for Margot Robbie (Wolf of Wall Street, Birds of Prey).

Though The Walt Disney Company refused to work with Depp in future Pirates projects and kept the likeness of  Johnny Depp’s Jack Sparrow in the famous Pirates of the Caribbean attractions, the Mouse House released a new piece of Jack Sparrow merchandise.

Johnny Depp also stated during the historic defamation court hearings against ex-wife Amber Heard in Fairfax, Virginia, how Disney continues to sell merchandise with his Jack Sparrow likeness while turning their backs on the actor:

These new pins were found at Disneyland Park’s Little Green Men Store Command in Tomorrowland and at Humphrey’s Service and Supplies across from Soarin’ Across the World at Disney California Adventure Park, costing $9.99 plus tax.

While Magic Key Holders (previously Annual Passholders) are thrilled to add this Pirates of the Caribbean pin to their collections, fans are confused on why Disney continues to sell merchandise with Jack Sparrow but chooses not to bring back the iconic actor.

While it’s not confirmed how Margot Robbie will reboot the Pirates of the Caribbean franchise, it’s clear that she’s the new Jack Sparrow-like figure while not inherently taking over the role entirely.

Virtually overnight, Johhny Depp became the actual Public Enemies (2009), losing all credibility for his Willy Wonka (2005) and Ed Wood (1994) work. The Walt Disney Company reportedly turned its back on their beloved Captain Jack Sparrow before Johnny Depp could publicly defend his name. Heard’s Op-Ed with The Sun also cost Depp his role in The Fantastic Beasts franchise as Gellert Grindelwald to Mads Mikkelsen.

News and rumors of Margot Robbie taking over the Pirates franchise have been floating around for over two years, but having Jerry Bruckheimer state that Depp is officially out of the picture is the end of the line for many Disney fans.

Would you buy this pin to support Johnny Depp? Should Depp have been fired? Comment below!