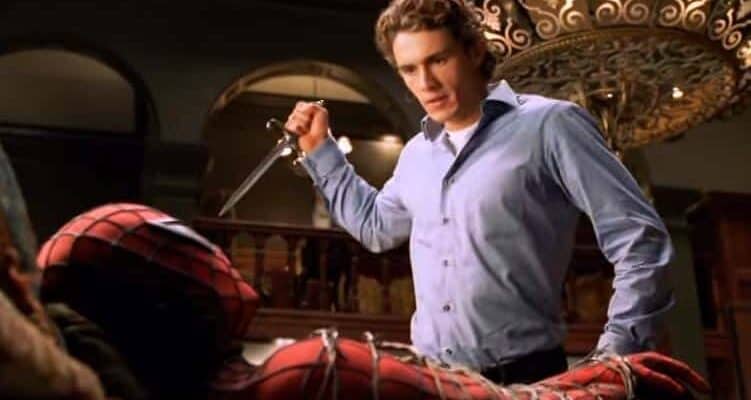 Over the past few years, we have seen the “Me Too” movement rollout in Hollywood, where many (oftentimes women) have been speaking out regarding sexual misconduct allegations that have been claimed to be ongoing for years in the entertainment industry.

What started with Harvey Weinstein grew to many other Hollywood professionals, and now, many are being accountable for their actions. Four years ago, James Franco, who is well-known by Marvel fans for playing Harry Osborn in the Tobey Maguire (Peter Parker/Spider-Man) Spider-Man trilogy created by Sony, was also claimed to have sexual misconduct implications by multiple women. Franco has also starred in a ton of other projects that has left the actor as a household name, such as Pineapple Express (2008), 127 Hours (2010), Freaks and Geeks (1999), and more.

Franco ran an acting school where four women came out and spoke of his alleged sexually inappropriate behavior, as well as another woman who he did not teach. One of the alleged victims, Sarah Tither-Kaplan, told Good Morning America that Franco “abused his power by exploiting the non-celebrity women that he worked with under the guise of giving them opportunities.”

After paying out lawsuits, and years passing by, Franco is opening up about these allegations once again. On SiriusXM’s The Jess Cagle Podcast, Franco noted:

“In 2018, there were some complaints about me and an article about me and, at that moment I just thought ‘I’m gonna be quiet. I’m gonna be, I’m gonna pause.’ Did not seem like the right time to say anything,” he recalled. “There were people that were upset with me and I needed to listen. There’s a writer Damon Young and he talked about when something like this happens, the natural human instinct is to just make it stop. You just want to get out in front of it and whatever you have to do apologize, you know, get it done. But what that doesn’t do is allow you to do the work to, and to look at what was underneath.

Whatever you did, even if it was a gaff or you said something wrong or whatever, there’s probably an iceberg underneath that behavior, of patterning, of just being blind to yourself that isn’t gonna just be solved overnight. So I’ve just been doing a lot of work, and I guess I’m pretty confident in saying like, four years, you know? I was in recovery before for substance abuse. There were some issues that I had to deal with that were also related to addiction. And so I’ve really used my recovery background to kind of start examining this and changing who I was.”

Franco went on to admit that he had a strong sex addiction and did sleep with his students, and has taken the time to dive deep into himself to correct his behavior.

Most recently, we saw many of Franco’s former cast mates from Spider-Man (2002) and Spider-Man 2 (2004) join Tom Holland in Spider-Man: No Way Home (2021). Willem Dafoe reprises his role as Green Goblin/Norman Osborn, and Alfred Molina return as Doc Ock/Dr. Otto Octavius.

Franco will be testifying in court during the Johnny Depp (Pirates of the Caribbean) and Amber Heard (Aquaman) lawsuit trial, along with Elon Musk.

What do you think of what James Franco had to say? Let us know in the comments below!