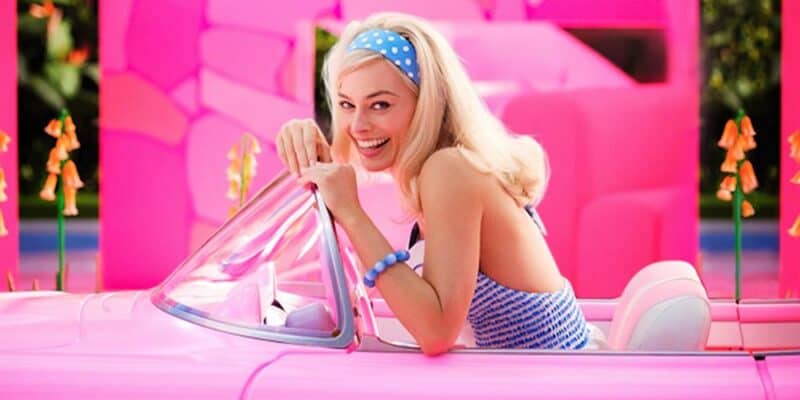 Margot Robbie is reportedly the new Jack Sparrow of the Pirates of the Caribbean franchise, and now she’s starring in an Ocean’s Eleven (2001) prequel.

Hollywood is filled with reboots and sequels 30-years after the original film came out, but when studios tamper with beloved franchises, things can get hasty.

With news that Johnny Depp has been officially ditched from the upcoming Pirates of the Caribbean 6 film with legendary actress Margot Robbie taking the new, untitled lead role, millions of fans worldwide have begun history boycotts.

Now, Robbie is rebooting another franchise:

Margot Robbie will star in and produce an ‘OCEAN’S ELEVEN’ prequel film.

Margot Robbie will star in and produce an ‘OCEAN’S ELEVEN’ prequel film.

Though Warner Bros. already rebooted Ocean’s Eleven with an all-female cast led by Cate Blanchett, Ocean’s 8 (2018), the film underperformed at the box office and was demolished by critics.

Nonetheless, Margot Robbie aims to expand her already impressive catalog of award-worthy roles, including Once Upon a Time… In Hollywood (2019) and The Wolf of Wall Street (2013) by director Martin Scorsese.

The Birds of Prey (2020) and Harley Quinn actress wouldn’t join a project unless she completely believed in it.

Nonetheless, the internet has something to say:

Margot staying booked and busy as she should!

Margot staying booked and busy as she should! pic.twitter.com/euclJGZhhb

Wild. Queen is literally doing everything

Wild. Queen is literally doing everything

They already tried this with oceans 8 no one cared

They already tried this with oceans 8 no one cared

The Tonya Harding and Sharon Tate actress will share the screen with Ryan Gosling, Simu Liu, Will Ferrell, and America Ferrera in the upcoming Barbie movie.

Virtually overnight, Johhny Depp became the actual Public Enemies (2009), losing all credibility for his Willy Wonka (2005) and Ed Wood (1994) work. The Walt Disney Company reportedly turned its back on their beloved Captain Jack Sparrow before Johnny Depp could publicly defend his name. Heard’s Op-Ed with The Sun also cost Depp his role in The Fantastic Beasts franchise as Gellert Grindelwald to Mads Mikkelsen.

While speaking with The Sunday Times, Bruckheimer confirmed that they’re actively working on two Pirates 6 scripts; one with Margot Robbie and one without. When asked if Captain Jack Sparrow would return, Bruckheimer responded:

Pirates franchise creator Jerry Bruckheimer, who’s been with Johnny Depp’s Captain Jack character since the beginning, just confirmed that “they are developing a script” for Margot Robbie (Wolf of Wall Street, Birds of Prey).

There’s no guessing here; Disney is NOT bringing back Johnny Depp as Captain Jack Sparrow.

In the wake of the revolutionary defamation hearings between Mr. Depp and Ms. Heard in Fairfax, Virginia, Johnny Depp revealed how deep Disney’s knife cut him concerning Pirates of the Caribbean, publicly stating that he’d never return to the role.

Should Margot Robbie be the next Jack Sparrow? Comment below!