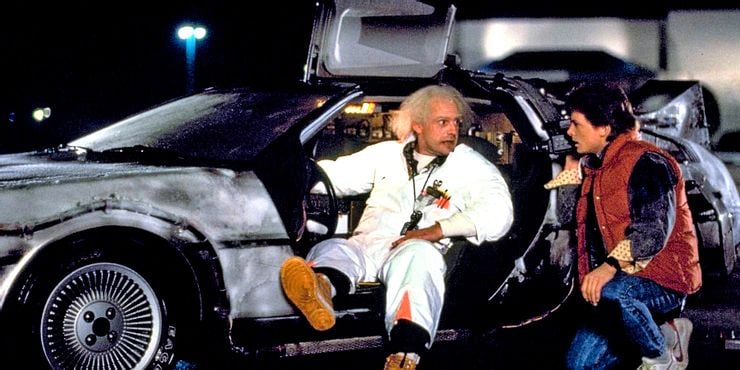 It seems Marty McFly and Doc Brown may have messed too much with the space time continuum on their latest trip to the past.

Back to the Future (1985), the beloved cult-classic film series, has been among the most popular franchises in history. The movies, which star Michael J. Fox (Marty McFly) and Christopher Lloyd (Doc Brown), as well as others like Lea Thompson (Lorraine Bates), Crispin Glover (George McFly), and Thomas F. Wilson (Biff), takes viewers on trips through history as Marty embarks on three different journeys through a time machine made inside of a DeLorean.

Why a DeLorean? Well, if you’re going to build a time machine, why not do it in style?

However, it seems that Marty and Doc Brown may have taken a trip we don’t necessarily know about and it was hilariously confusing Disney Park Guests this week.

Twitter account @MagicbandManiac shared a photo of a DeLorean spotted in the parking lot at Disney’s Hollywood Studios.

Why is there a DeLorean parked in the DHS parking lot???

Why is there a DeLorean parked in the DHS parking lot??? pic.twitter.com/PsA17rlwtY

The DeLorean is an exact replica of the movie’s time machine and it’s hilarious to see the Universal Pictures film icon sitting in the ‘Minnie Mouse’ section parking lot just as another car.

Of course, as we pointed out, this is not a Disney icon, so the most likely answer is that a Disney Park Guest legitimately drove their DeLorean to Walt Disney World Resort. Of course, we can’t ever rule out that Marty McFly or Doc Brown aren’t on another trip through time.

Did you see the DeLorean at Disney’s Hollywood Studios? Let us know in the comments!