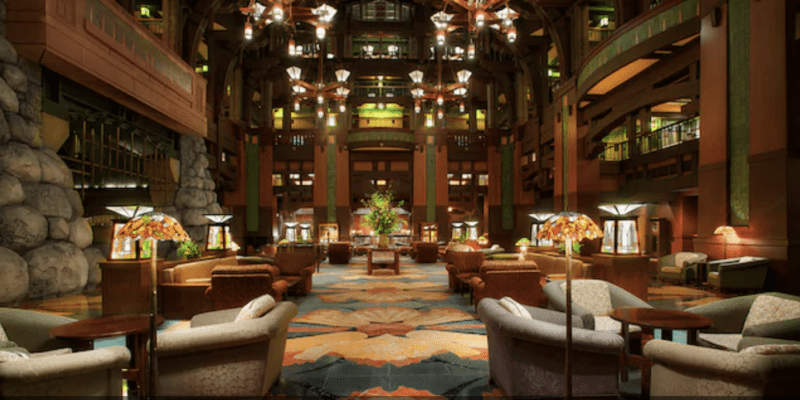 The Walt Disney Company prides itself on attention to detail. From ride queues to character backstories to magical customer service moments with Cast Members, Disney Parks historically leave nothing to chance when it comes to the Guest experience.

However, the company seems to have accidentally misspelled the name of one of its own hotels on signage at Disneyland Resort. Just outside of the Downtown Disney District, a signpost [below] points Guests to all three of the theme park’s onsite hotel options — the Disneyland Hotel & Convention Center, the Paradise Pier Hotel, and the Grand Californian Hotel.

Currently, Disney’s Grand Californian — the West Coast answer to Walt Disney World Resort’s Grand Floridian Resort & Spa — is the only Disney Vacation Club property at Disneyland Resort. A new DVC tower, though, is currently under construction at the Disneyland Hotel.

Currently, a timeline for the retheme has not been confirmed. It has also not been revealed if the hotel will get a name change as part of its revamp — if so, the sign outside could change and the “Grand California” misspelling could potentially be corrected.

It’s worth noting that the name likely won’t change to simply “Pixar Pier” as this is already an area Guests can visit at Disney California Adventure Park.

The official description of the Grand Californian reads:

Experience a combination of elegance, technology and whimsy at Disney’s Grand Californian Hotel & Spa. Discover delightful details like the mural above the headboards that depicts a blossoming orange tree—with Chip ‘n Dale mischievously playing in the branches. In select rooms, when you open the sleeper bed, you’ll find artwork of woodland creatures from Bambi to bid you goodnight.

Book a relaxing stay and see how the rooms at Disney’s Grand Californian Hotel & Spa combine comfort and beauty like never before!

What is your favorite hotel at Disneyland Resort?