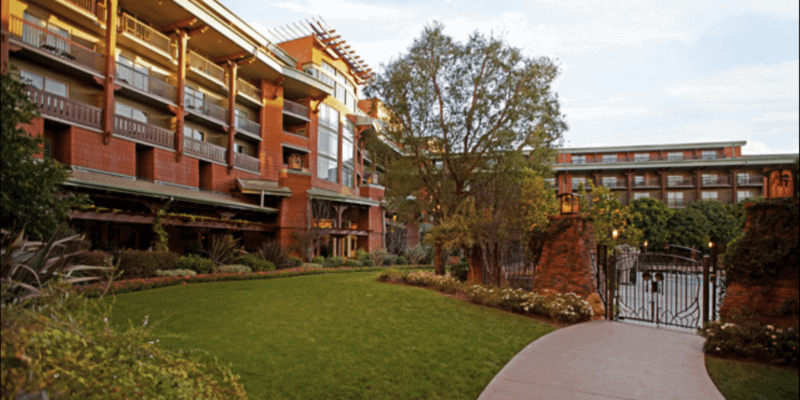 Disney’s Grand Californian Hotel & Spa began a phased reopening on April 29, 2021 — the day before Disneyland reopened to Guests after its historic 412-day closure. The phased reopening meant that, while the hotel would be open and taking reservations, not all rooms, restaurants, and hotel amenities would be available at the time.

That phased reopening is still happening and now Disney’s Grand Californian has announced that another hotel experience would be available. Club Level rooms and services will restart operations on June 4. Disney stated the following:

As we continue our phased reopening of the Hotels of the Disneyland Resort, we have exciting news! Club Level rooms at Disney’s Grand Californian Hotel & Spa are now available for Guests arriving beginning June 4, 2021. All Club Level rooms feature the wonderful amenities included in our Guest rooms, plus some additional special touches. All Club Level Guests can bypass the Front Desk and check in for their stay on the Club Level. They can access the online check-in service up to five days prior to your arrival via their Disney account. Club Level Guests also enjoy exclusive access to Disney’s Grand Californian Hotel & Spa’s Concierge Club, The Veranda, which includes a dedicated concierge desk and complimentary refreshments offered throughout the day.

The afternoon tea is followed up by a wine and cheese reception from 4:30 p.m. to 7 p.m.  Grand Californian Club-Level Guests can end their night at the hotel with cookies and other desserts, which are offered nightly from 8 p.m. to 10 p.m.

Disney has not announced at this time how those amenities will be set up to adhere to COVID-19 health and safety protocols that are currently in place at Disneyland Resort and in the state of California.

Have you ever stayed at a Club-Level Room at Disney’s Grand Californian Hotel & Spa? What did you think? Let us know in the comments!

CLICK HERE to get started booking your Disney vacation today with Academy Travel!