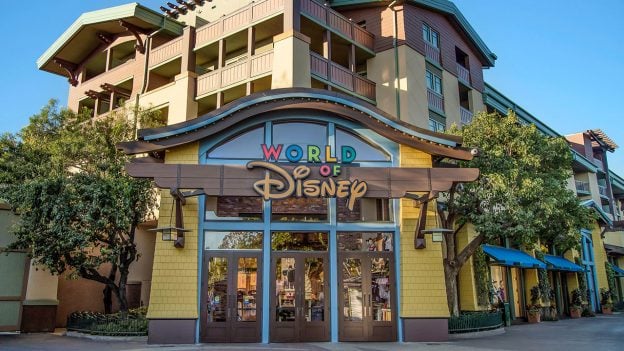 Today, Disney has released some very exciting news in regards to Disneyland that will affect both the hotels, including Paradise Pier which will soon turn into a Pixar-themed hotel, as well as the Downtown Disney District.

When it comes to change, Disneyland Resort has seen a ton over the past year, and more is on the way. Both Disneyland Park and Disney California Adventure have been or will be undergoing a lot of change in the future as Toontown is reimagined. At DCA, Guests can explore the newly added Avengers Campus! On top of that, World of Color has returned along with the Main Street Electrical Parade and Disneyland Forever, and Fantasmic! is also set to return to Disneyland Resort this year, and it seems that the Downtown Disney District will be seeing some updates as well.

As previously announced by D23, the multi-year project to reimagine Downtown Disney District is being planned with work starting in January 2022 and will include an even broader collection of shopping, dining & entertainment experiences. The announcement was made at Destination D23 last November. Josh D’Amaro, Chairman of Disney Parks, Experiences, and Products, was there to make the announcement as Disney CEO Bob Chapek was unable to attend the event and also noted that the AMC would be shutting down as well to make room for what is to come.

Now, Disney has given even more information in regards to the upcoming transformation:

We also are happy to share another new look at the exciting shopping and dining coming to the west side of the Downtown Disney District. While the evolution of Downtown Disney began in 2018, we recently began work on the latest transformation to introduce more innovative shopping, dining and entertainment experiences. Drawing inspiration from Southern California mid-century modern architecture, the west-end area will be a beautiful blend of vibrant color palettes, design elements and patterns influenced by the region, and will include an open lawn for relaxation and future events, and an even broader and diverse collection of dining and shopping.

We are investing significantly in Downtown Disney District to continue growing a dynamic, exciting destination with something for everyone. We also are intentionally diversifying our offerings to meet the needs of today’s guests, and have an exciting example of that to share with you today.

The world-renowned restaurant Din Tai Fung will join the district to offer guests their soup dumplings hand crafted right on site! This family-run restaurant will bring flavorful Chinese cuisine to Downtown Disney, where guests can enjoy dishes served family style in a creative space near our new lawn pavilion.

Michelin-starred Chef Carlos Gaytan will bring his inclusive vision of Mexican cuisine to Paseo and Centrico in the locations currently occupied by Catal & Uva Bar, brought to life by Patina Restaurant Group. The restaurant and central courtyard bar and dining area will offer guests a multi-sensory journey to the heart of Chef Gaytan’s homeland.

We are also working with Ralph Brennan’s Jazz Kitchen to finalize an evolution that incorporates vibrant California energy and a fresh approach to the menu, while staying true to the heart of New Orleans for this guest-favorite location.

Even more exciting news – fan favorite Earl of Sandwich will also pop into the district in a special sandwich walk-up location, offering guests the classics they know and love for a limited time beginning later this year.

It will be interesting to see what the new “lifestyle” space will hold in the Downtown Disney space, and how it will benefit Guests. It seems that there will be more food and shopping options added to the area due to the extra space, but we will have to wait for further developments to see what the space will actually entail, and how it will be utilized by Guest. Disney recently also announced a new “Storybook Living” section that they would be adding near the Parks, creating a Disney-owned residential complex.

What do you think of this new change? Let us know in the comments below.