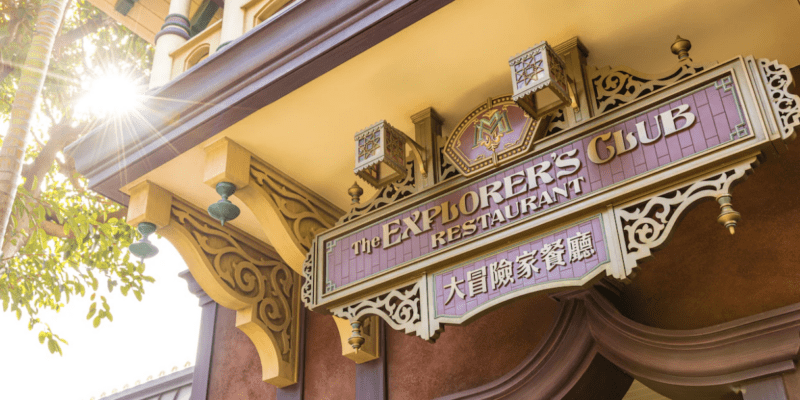 If you are a fan of the Society of Explorers and Adventurers Club, or as some may call it, the Disney SEA, we have some great news for you!

For those who do not know, the Society of Explorers and Adventures is a secret club made up of fictional characters from Disney Parks around the globe. Although a lot of Disney attractions are based on movie-IP, a lot are created and derived from original storylines which hold their own characters. From Hotel Hightower to the Jungle Cruise, the characters that Disney Guests see every day are actually all connected.

Some of the members include:

Inspired by Lord Henry Mystic’s adventures around the world, there has been an exciting makeover at the Explorer’s Club Restaurant at Hong Kong Disneyland, which now features a semi-buffet serving format with exquisite ingredients from different countries and cultures, as well as an exhibition of mementos and correspondences between Lord Henry and his international friends.

Considering that details in a lot of these SEA-related attractions and restaurants are what help to tell the story, and give Guests a reason to return as there are always more clues to uncover, these new additions will be perfect for Guests to explore.

Imagineers from the Hong Kong Design & Show Quality (DSQ) team took on this exhilarating opportunity in adding new display graphics, props and illustrations in an effort to enhance the inclusivity and relevancy of the attraction. With Den Den Tse as producer and Kendall Elliott as art director, the new displays showcase Lord Henry’s keen passion in making new friends and appreciating cultures around the world, as well as reinforcing the Society of Explorers and Adventurers’ (S.E.A.) objectives of expanding human knowledge and cultural awareness.

Guests may already be familiar with Lord Henry Mystic, the proprietor of Mystic Point and an esteemed member of the S.E.A. This secret society connects many of the characters and stories of Disney theme park attractions around the world. Explorer’s Club Restaurant is the gathering place for Lord Henry and the S.E.A. members to celebrate their globetrotting adventures. There, they spin their stories and toast their travels, and Guests are invited to join them in appreciating the cultures of the magnificent locations where S.E.A. members have ventured.

Plus, it seems that the storyline has also been updated!

Prior to the launch of the new offering, Imagineers donned costumes of Lord Henry’s staff at the Explorer’s Club and conducted an engaging storytelling training session, while in character, for the Food & Beverage team. They shared firsthand anecdotes and the enhanced storyline to the team so that they too could engage guests with these stories when the restaurant opened its doors to guests again on Dec. 22.

Do you plan to visit Hong Kong Disneyland soon?