Despite Utter Failure, Sony Moves Forward With New 'Spider-Verse' Movie - Inside the Magic 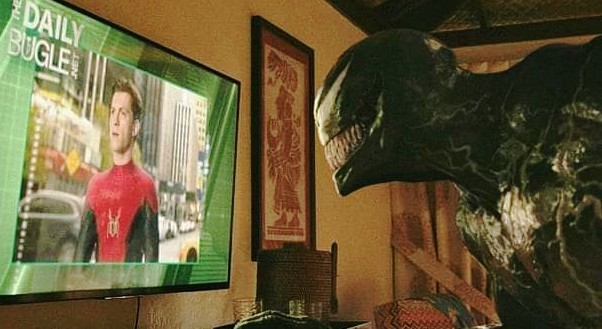 If there’s one film that defined 2021, it’s undoubtedly Spider-Man: No Way Home. The Marvel Cinematic Universe blockbuster broke record after record when it debuted, ultimately having one of the most successful opening weekends of all time.

Another Marvel movie, however, also had surprising success at the box office last year. Sony Pictures’ Venom 2 — officially titled Venom: Let There Be Carnage — had a $90 million opening weekend, second only to No Way Home on the year.

The follow-up to Venom (2018) once again starred Tom Hardy as Eddie Brock.

Now, via Variety, Sony Pictures has confirmed that Venom 3 is officially in the works. Due to the somewhat surprising success of the first two films in the trilogy, Sony executives are undoubtedly hoping to rebound from the utter failure that was Morbius (2022).

The Jared Leto-led vampire flick tanked in theaters when it released on April 1, 2022.

As for Venom’s future, Hardy previously shared that he “would do anything” to bring his symbiotic character to Kevin Feige’s MCU.

In another interview with Entertainment Tonight Canada, the Inception (2010) alum also shared details about how the various “-verses” — that is “Venom-verse,” the “Spider-verse,” and the Marvel Multiverse — could all converge in the future:

“There’s a Venom-Verse, you know, there’s a Spider-Verse, there’s multiverses, there’s all kinds of canon and lore and mythology to explore both laterally and forward in time. I think with the right people and the right planning, and feedback from the audience, and understanding it’s about making the right choices at the right time… Even with foresight of understanding where things may go already or they wish to go, it’s a combination of all those in the alchemy of what it will be.”

Marvel movie fans can next look forward to Benedict Cumberbatch and Elizabeth Olsen’s Doctor Strange In the Multiverse of Madness, which is due to hit theaters on May 6, 2022.

What do you think about Venom 3?

Comments Off on Despite Utter Failure, Sony Moves Forward With New ‘Spider-Verse’ Movie