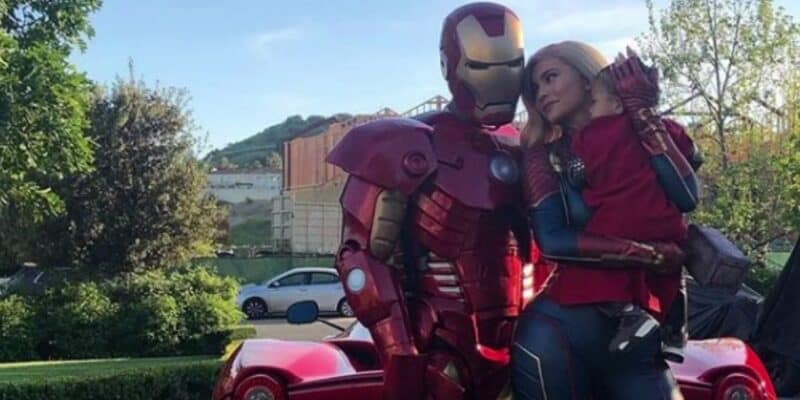 The youngest of the Kardashian-Jenner brood, Kylie Jenner, 24, recently gave birth to her second child with on-again/off-again flame, Travis Scott.

The duo are already parents to Stormi, 3, and recently confirmed that their new son is named Wolf Webster. People shared a screenshot of the infant’s name, along with the following details:

Kylie Jenner revealed the name of her newborn son with Travis Scott: Wolf Webster. She shared the baby’s moniker on her Instagram Story alongside a white heart emoji.

The makeup mogul, 24, first shared the exciting news of her baby boy’s arrival on Feb. 6, posting a black-and-white photo to Instagram of the infant’s hand. A rep for Jenner confirmed to PEOPLE that she had a boy.

Now, however, Marvel fans on social media are having a field day because they’ve realized that Jenner and Scott are seemingly choosing X-Men-related names for their babies.

first it was Stormi and now Wolf?? Kylie trynna make her own x-men

first it was Stormi and now Wolf?? Kylie trynna make her own x-men

Another Twitter user is amused by the little ones’ monikers:

Kylie Jenner is evidently birthing the next generation of X-Men

Kylie Jenner is evidently birthing the next generation of X-Men

Jenner and Scott are known Marvel fans. The Kylie Cosmetics founder even threw her beau an Avengers: Endgame (2019) themed birthday party. At the time, an article noted:

The couple dressed up as Captain Marvel and Iron Man, and their daughter Stormi dressed as Thor.

Kardashian fans can look forward to a brand new series, called simply The Kardashians, on Disney+ and Hulu.

A year after the popular reality series, Keeping Up with the Kardashians, finished its 20-season run on E!, Kris Jenner, Kim Kardashian, Khloe Kardashian, Kourtney Kardashian, Kylie Jenner, and Kendall Jenner confirmed they will be back starting April 14, 2022.

More on the X-Men

Marvel officially describes the X-Men as:

Realizing mutants were the next step in human evolution, Professor Charles Xavier gathered gifted teenagers to be his first class of students. His goal to protect and educate the next generation of homo superior, while pursuing a dream of harmony.

In fact, reports suggest that Hugh Jackman (Wolverine/Logan) has been involved in recent reshoots for Benedict Cumberbatch’s Doctor Strange In the Multiverse of Madness, which is due to hit theaters on May 6, 2022.

What do you think about Jenner and Scott’s baby name choices?