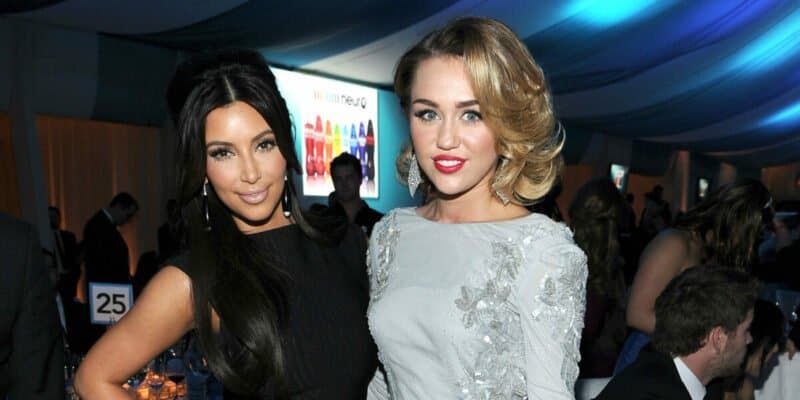 The drama began when the 41-year-old Keeping Up With the Kardashians star did not accompany her new flame, 28-year-old Saturday Night Live comic Pete Davidson, to Miami for a New Year’s Eve event he was co-hosting with Cyrus.

Allegedly, Kim’s absence was due to the fact that her ex-husband Kanye West — from whom she has recently filed to be “legally single” — “couldn’t watch” the couple’s four children because he had plans in Miami himself.

It has been noted that “Kim always puts her kids first no matter what.”

Now, after Kim began following the “Party in the USA” pop star on Instagram on December 10, 2021, she has already clicked unfollow. While there has been no official statement from Kardashian or Cyrus regarding their relationship, it seems that Kim might be frustrated with Miley after she serenaded Davidson with the song, “It Should Have Been Me.”

Per one report about the situation:

But before their [NYE] special, Cyrus seemingly put the moves on Davidson while promoting the event, serenading him on “The Tonight Show” and singing, “It should have been me.” The lyrics could have been a shot across the bow of 41-year-old Kardashian, whom Davidson has been dating since October 2021.

It is also worth noting that Cyrus and Davidson have a history, of sorts. The duo got matching tattoos after a prior SNL appearance in which they portrayed babies in a sketch. As one Fox News article noted:

“We got a tattoo guy to come to 30 Rock,” Davidson shared, with Cyrus noting that they “should have known that was [sketchy].”

“Then I burned mine off and you still have yours,” revealed the actor.

Cyrus said she was unaware that her pal had gotten his tattoo removed until she saw a Smart Water ad that he appeared in, which featured him getting a tattoo lasered off. Upon seeing the ad, Cyrus thought, “Wait a minute, that’s right where ‘We babies’ was.”

It is worth noting that Kim has also appeared in an SNL sketch alongside Davidson. She portrayed Disney Princess Jasmine, while the comedian played Aladdin.

You can watch the full Aladdin-themed skit below:

What do you think about Kim Kardashian unfollowing Miley Cyrus?