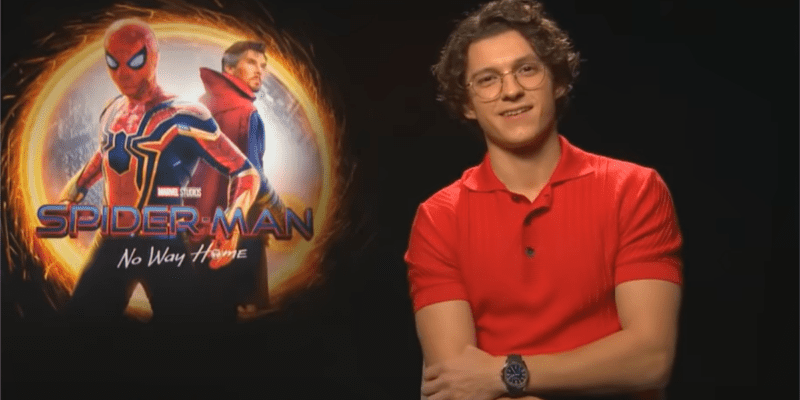 Spider-Man: No Way Home (2021) is in the final stretch of press junkets and promotions before swinging into theaters on December 17. Spidey fans have smashed pandemic records for ticket presales, spiking historic demand for the uber-hyped finale of Jon Watts’ Homecoming trilogy for Marvel Studios and Sony Pictures.

Now with the debut of the Marvel Multiverse extravaganza so very close, some Marvel fans are already beginning to wonder what will be next for Tom Holland’s Peter Parker. Could we see Spider-Man crash the highly anticipated MCU reboot of Fantastic Four sometime soon? If Tom Holland has his way, his Spider-Man will be sitting that one out.

Speaking with Comic Book Movie, Tom Holland was asked if he’d be interested in bringing his Spider-Man to Marvel’s Fantastic Four reboot. After all, not only does Spidey have a rich comic book history with Marvel’s first family, the Fantastic Four remake will also be helmed by Spider-Man director Jon Watts.

It seems like a natural fit, right? According to Tom Holland, a cameo in Fantastic Four isn’t necessarily the best fit for his character, explaining:

“I think, for me, as the guy that plays Spider-Man — so you could say that I know him best — I think what’s important is that he needs to take a break. We need to allow the audiences to let him breathe and figure out tonally how we’re going to bring this back, if we bring this character back. You know, I think him popping up for a cameo would defeat the purpose.”

Holland’s response seems to be in sync with reports of No Way Home‘s darker, more violent tone. If something major happens to Tom Holland’s Peter Parker, Marvel audiences may need some space to unpack their feelings before jumping into a fun cameo.

Holland has said that the No Way Home cast — including Jacob Batalon (Ned Leeds) and Zendaya (MJ)  — approached the film as the “end of a franchise.” That sense of finality certainly implies that something world-changing will happen to Peter Parker. Holland said of the franchise’s tonal shift:

Marvel Studios has revealed very little about plans for the Fantastic Four reboot. They’ve announced Jon Watts as director and hinted that the film could end Phase Four — but little else. However, following the cracking open of the Multiverse by Doctor Strange (Benedict Cumberbatch) in No Way Home — it’s likely audiences will soon know a lot more about the rules of the Multiverse. That means we may also get a good idea of when and how Marvel can begin to integrate former Fox properties Fantastic Four and X-Men into the MCU proper.

No one has been cast as Reed Richards/Mr. Fantastic, Sue Storm/Invisible Woman, Johnny Storm/The Human Torch, or Ben Grimm/The Thing yet, but the cast is rumored to be revealed next year. Fan favorites to land the roles of Reed Richards and Sue Storm are the husband and wife acting duo of John Krasinski and Emily Blunt. While Krasinski has expressed interest in becoming Mr. Fantastic, Blunt has said she’s not considering the role.

Do you want to see Tom Holland’s Spider-Man in Marvel’s Fantastic Four? Let us know in the comments!